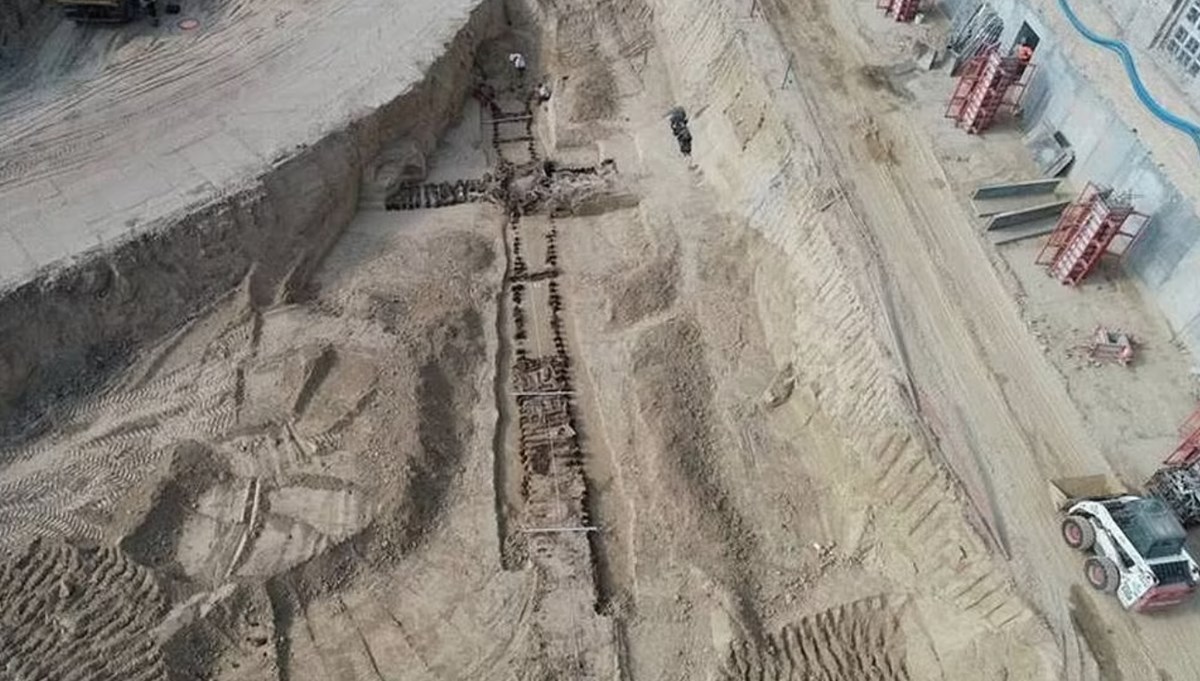 A wooden underground bunker built by the Nazis during the Second World War Era has been unearthed in Lublin, Poland. In the bunker, with bullet marks on the walls, the skeletons of two soldiers and various pieces of uniforms were found, as well as Nazi and Red Army ammunition. Experts announced that they think there is an intense conflict in the shelter.