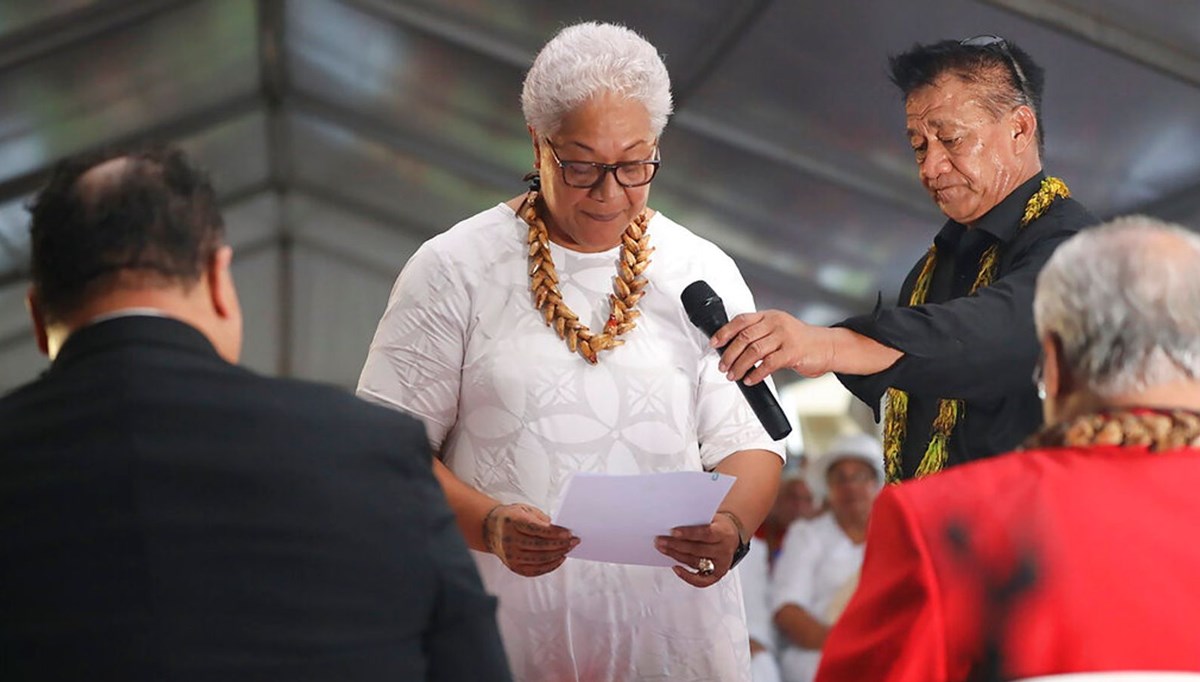 Fiame Naomi Mata’afa, Samoa’s first female prime minister, surprisingly won the elections, overthrowing 40 years of power, but was unable to enter parliament to take an oath. Because the current prime minister, who refused to leave the office despite the decision of the high court, locked the door of the parliament building. Thereupon, Mata’afa started his duty by taking an oath in a tent set up in front of the parliament.