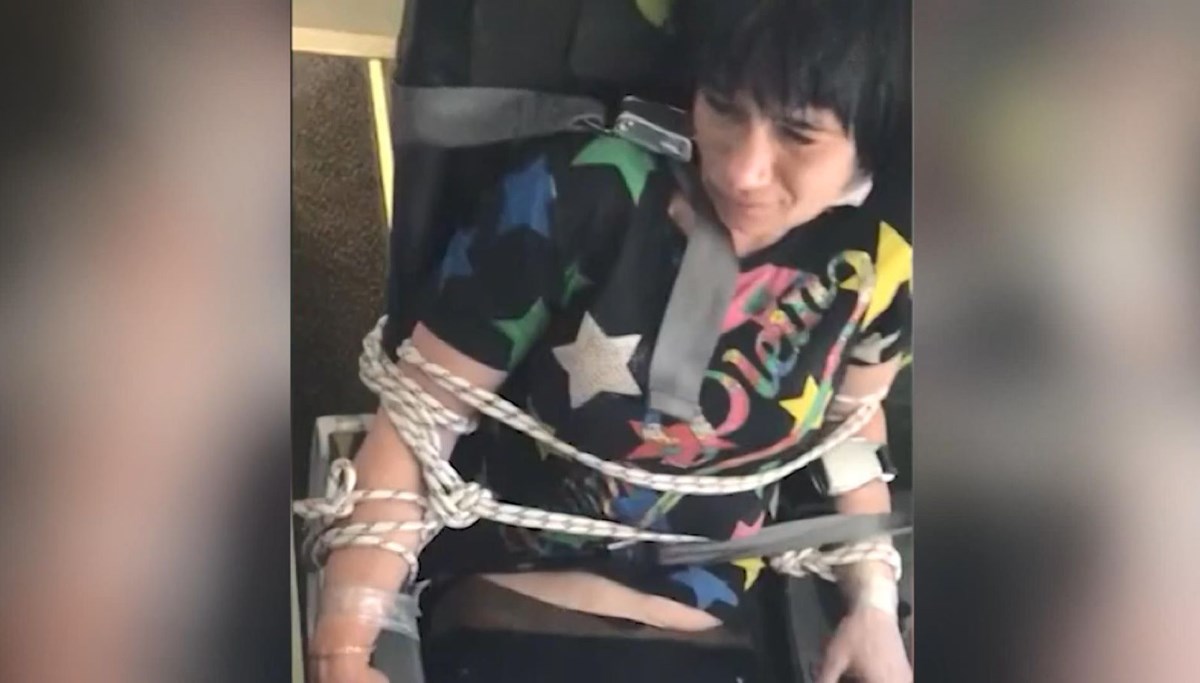 A female passenger was seated on the plane that made the Vlodivostok-Novosibirsk flight in Russia, after disturbing other passengers. The 39-year-old female passenger began wandering and taking off her clothes shortly after departure. When the cabin attendants could not calm the woman, she tied her to the seat with the help of the other passengers. It was found that the woman, who was detained after the landing, was under the influence of drugs.