The UK has reported 18 deaths and 5,274 cases of Covid-19 in the last 24 hours. The highest number of new cases in the country has been recorded since March 26.

He told public health experts that the condition may have been caused by the Indian delta mutation, also known as B.1.617.2, which was first identified in India. The coronavirus was declared the most dominant mutated coronavirus in England, Scotland, Wales and Northern Ireland, after cases of the delta variant rose by 79 percent last week.

NUMBER OF CASE INCREASED NEARLY TWICE IN ONE WEEK

The British Institute of Public Health (PHE) said that the Indian delta variant of the corona virus may lead to an increased risk of hospitalization compared to the UK alpha variant. In the statement made by PHE, it was stated that due to the delta mutation, the cases in the country have increased by 5,472 since last week, increasing to 12,431.

“Early evidence suggests that those infected with the delta variant have an increased risk of hospitalization compared to the alpha variant, but we need more data on this finding,” the organization said in its weekly case report. 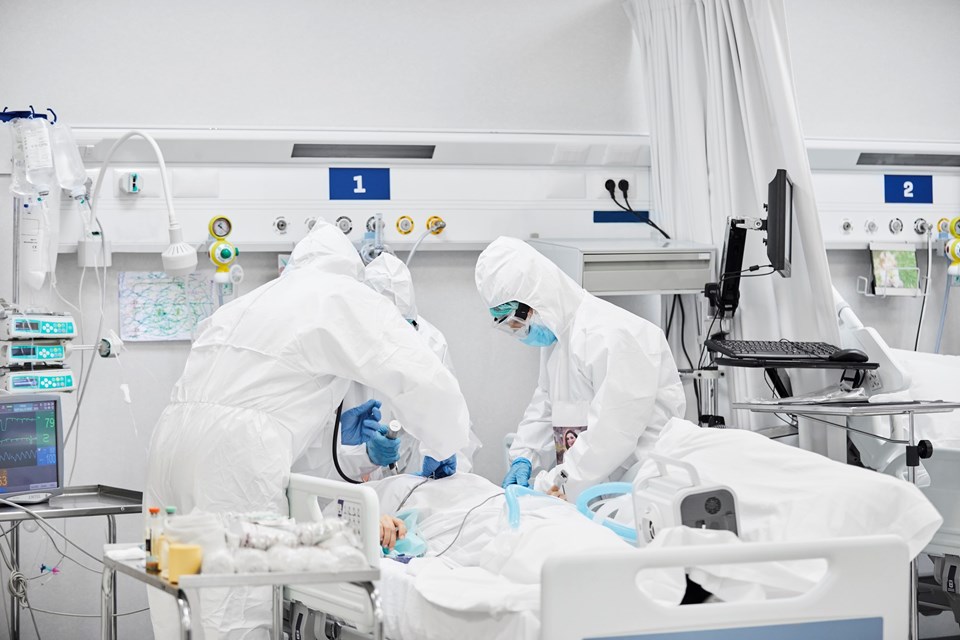 “PEOPLE SHOULD CONTINUE TO BE CAREFUL AGAINST MUTATIONS”

Hariies said: “With this variant now dominating the UK, it is vital that we continue to be vigilant, especially as we learn more about transmission and health effects. The way to combat variants is to use the same precautions to reduce the risk of Covid-19 transmission that we used before. “Working from home and always paying attention to social distancing and hygiene rules If you’re eligible and haven’t done so yet, please get vaccinated. Be sure that getting vaccinated will save lives.”

However, the city of Bolton remains the epicenter of the delta variant in England, with cases increasing by 795 to 2,049 last week. However, PHE said, “There are encouraging signs that the transmission rate in Bolton is starting to decline and that the measures taken by residents and local government teams have been successful in reducing the spread.”

SHARP RISE IN CASE BETWEEN CHILDREN AND YOUTH

The latest PHE surveillance data, also released on Thursday and covering the week of May 30, showed infection rates are rising across the country, with cases rising among young people aged 10 to 19. In this age group, the rates rose to 72.3 per 100,000 people. Last week, this figure was 55.2 per 100,000 people. At the same time, outbreaks in schools have increased in recent weeks. In Scotland, the first deputy minister, John Swinney, said there are many children currently in hospital due to Covid:

“If you go back in the last 12 months, you’ll see that relatively few children have been hospitalized for Covid-19. But now we see that the density of hospitalizations for children has increased with the age group over 50,” he said.

APPROXIMATELY 40 PERCENT OF THE POPULATION IS FULLY vaccinated

On the other hand, as of 2 June in England, 39.6 percent of the population received the full dose, and 59.7 percent received at least one dose. Prime Minister Boris Johnson received the second dose of the Oxford-AstraZeneca vaccine at the Francis Crick Institute in London on Thursday evening. Ministers announced that they are on track to meet the government’s goal of offering the first dose to all adults by the end of July.

THE FIRST PLASTIC WAS MADE 155 YEARS AGO HERE