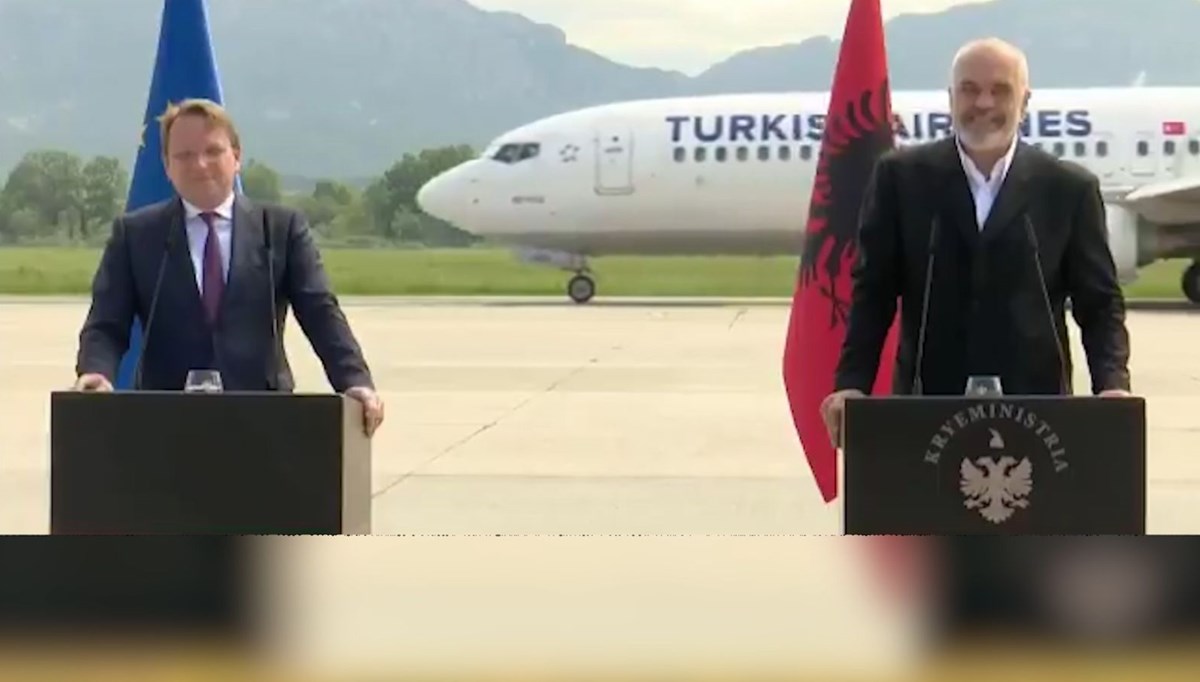 Albanian Prime Minister Edi Rama held a press conference with EU Neighborhood and Enlargement Commissioner Oliver Varhelyi at Tirana International Airport. The meeting was divided in an unorthodox way. When Varhelyi announced that they brought 145,000 doses of vaccine to Albania, a plane belonging to Turkish Airlines passed behind. While the meeting was given a short break due to the sound of the plane, the incident caused laughter.