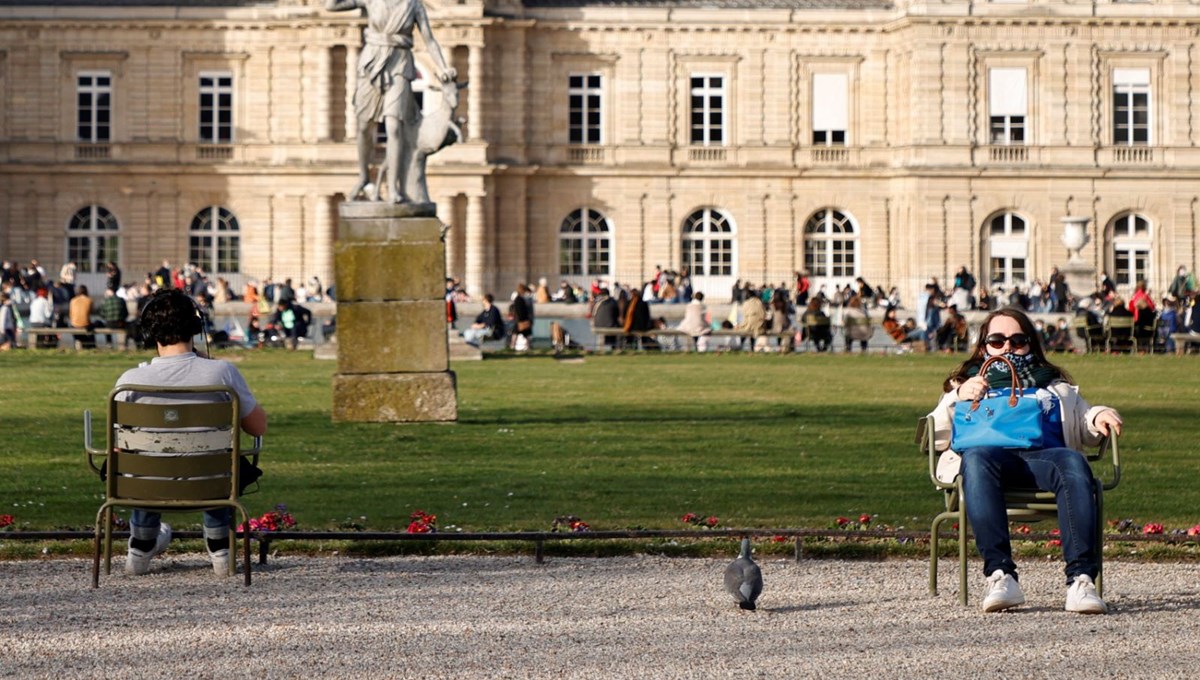 EU Commission President Ursula von der Leyen said, “We are at the beginning of the third wave in Europe. In many European countries, infections are increasing again due to the B-117 (British) variant”.

Ursula von der Leyen, President of the European Union (EU) Commission, said that the third wave has started in the new type of corona virus (Covid-19) epidemic in European countries, and the situation is “worrying”.

Von der Leyen and EU Council President Charles Michel held a press conference after the EU Leaders Summit, which was held by video conferencing and was completed in one day although it was planned for two days.

Von der Leyen emphasized that these numbers may be much higher if the companies with which the EU has signed vaccine purchasing agreements fulfill their contracts in terms of supply.

Stating that BioNTech and Moderna provide reliable and timely supply and that these companies will send more vaccines in the second quarter, Von der Leyen reminded that a single dose of Johnson and Johnson vaccine will be started to be applied in the near future.

“WE WANT EUROPE TO TAKE A FAIR SHARE OF VACCINES”

Von der Leyen reminded that AstraZeneca has supplied vaccines far below the amounts in contracts with the EU so far.

Stating that the epidemiological situation in Europe is “worrying”, Von der Leyen said, “We are at the beginning of the third wave in Europe. In many European countries, infections are increasing again due to the B-117 (British) variant.”

Reminding that the export restrictions on vaccines were expanded yesterday, Von der Leyen said, “I presented the changes to the transparency mechanism on the export of Covid-19 vaccines to the leaders. We added the criterion of reciprocity and proportionality to the mechanism. We clearly want Europe to get its fair share of vaccines here,” he said.

Pointing out that companies can export vaccines to the EU if they fulfill their commitments, Von der Leyen said, “The EU has exported a total of 77 million doses of vaccines since December 1. This shows that Europe is the region that exports the most vaccines worldwide.” used.

Drawing attention to the importance of increasing vaccine production in the EU in preparation for future epidemics and new variants, Von der Leyen said, “It is in our interest to intensify cooperation with companies that are reliable, increase their production and fulfill their contracts and invest in these companies.” found the assessment.

“It is absolutely vital to increase vaccine production in Europe and improve their distribution to member states. This is our main priority,” said Michel, President of the European Council. he spoke.

Michel explained that they expect the vaccine supply to EU countries to accelerate within a few weeks.

Regarding the vaccine certificate, which is announced to be prepared by summer, Michel said, “We should work together on the Digital Green Certificate and determine a common attitude. We will discuss this issue intensively in the coming weeks.” used the expression.

BIDEN CONNECTED TO THE MEETING

“We hosted a US President for the first time in the last 11 years,” Michel said, pointing out that the US President Joe Biden was also connected to the EU Leaders Summit via video conferencing.

Stating that Biden put forward his perspective on future cooperation between the EU and the USA, Michel emphasized the strong commitment of the EU to the Atlantic alliance.

Reminding that foreign threats, cyber and hybrid attacks are increasing today, Michel stated that the joint decisions of the USA and the EU in areas such as security and democracy will affect future generations.

“MASK USAGE MAY BE PERMANENT”