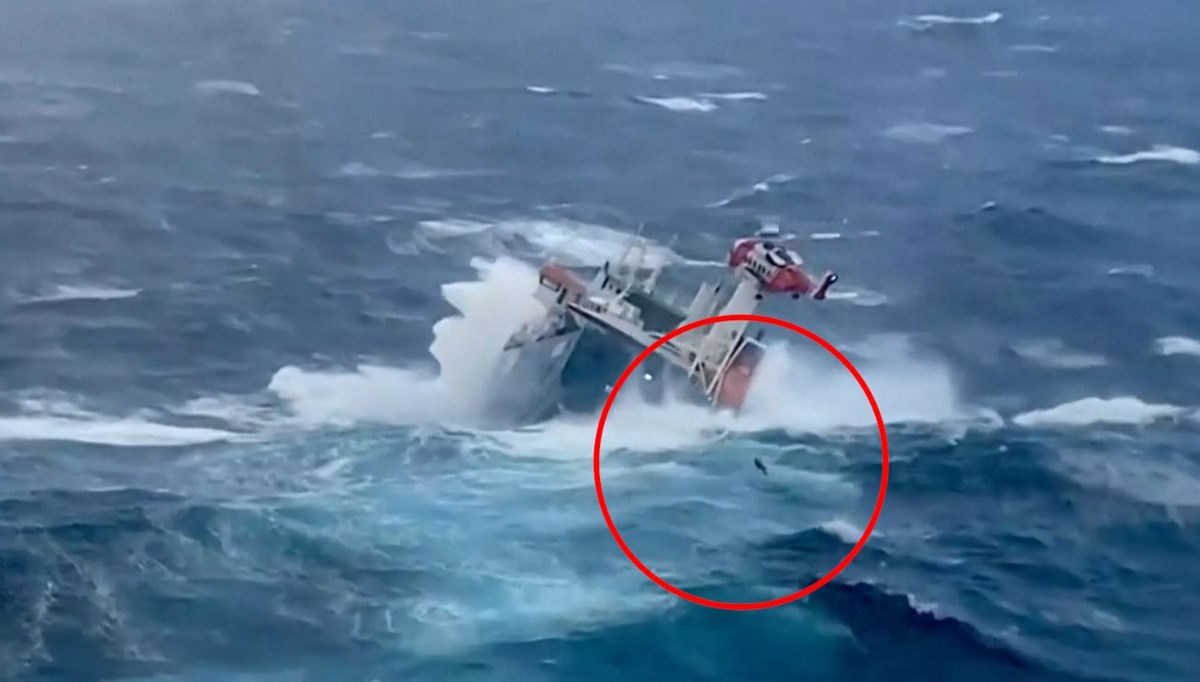 A cargo ship off the coast of Norway, unable to withstand severe storms and waves, tilted. The crew immediately sought help by radio, but the waves were so strong that people fell into the sea. Three rescue helicopters picked up some of the sailors from the middle of the waves, and some from the ship that was on its side.