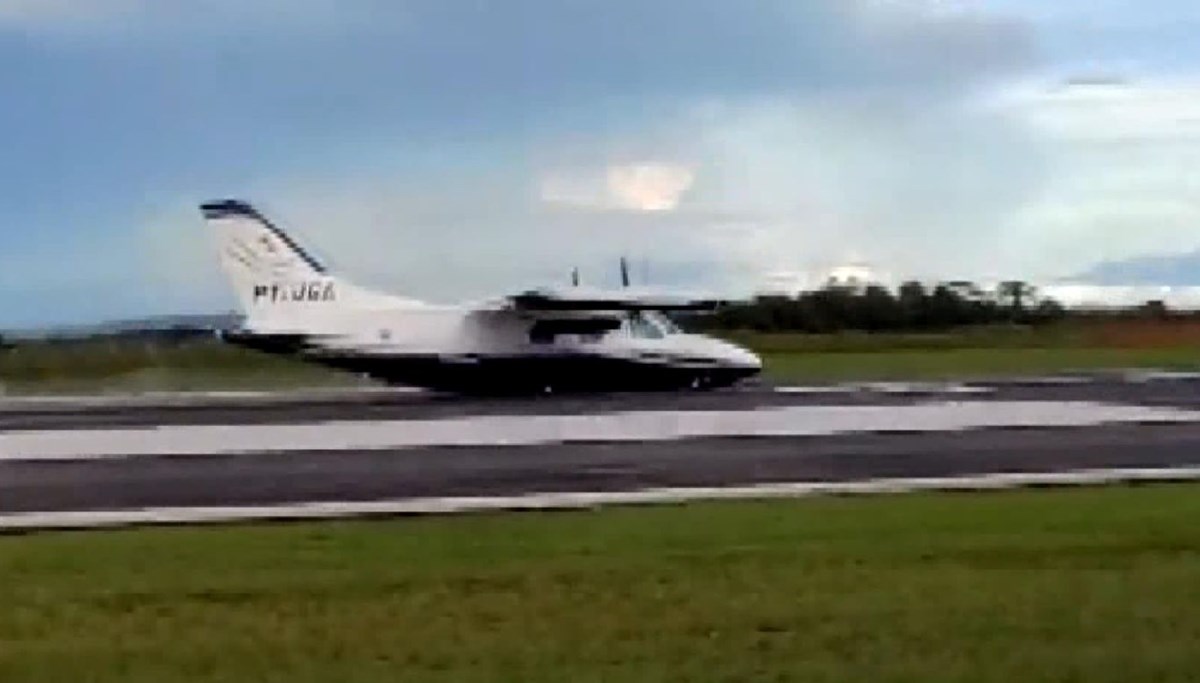 In the incident that took place in the town of Ji Parana in the Brazilian state of Rondonia, the MU-2 type twin-engine aircraft, whose flight gear did not open due to malfunction, landed on its fuselage. Brazilian media announced that the pilot successfully landed the plane on the runway, with no casualties or injuries, although the flight kits were not opened.