The Surah Elephant of the Holy Quran was shared with the published photo.

In the Quran, the sharing of Surah al-Fil, which tells about the attack of the governor of Yemen Abraha on the Kaaba, the house of Allah and the end he encountered, with a photograph of Gaza bombed, caused a reaction.

It is noteworthy that from time to time such posts are made from Israeli official accounts, especially the Israeli Army Spokesperson Avichay Adraee. 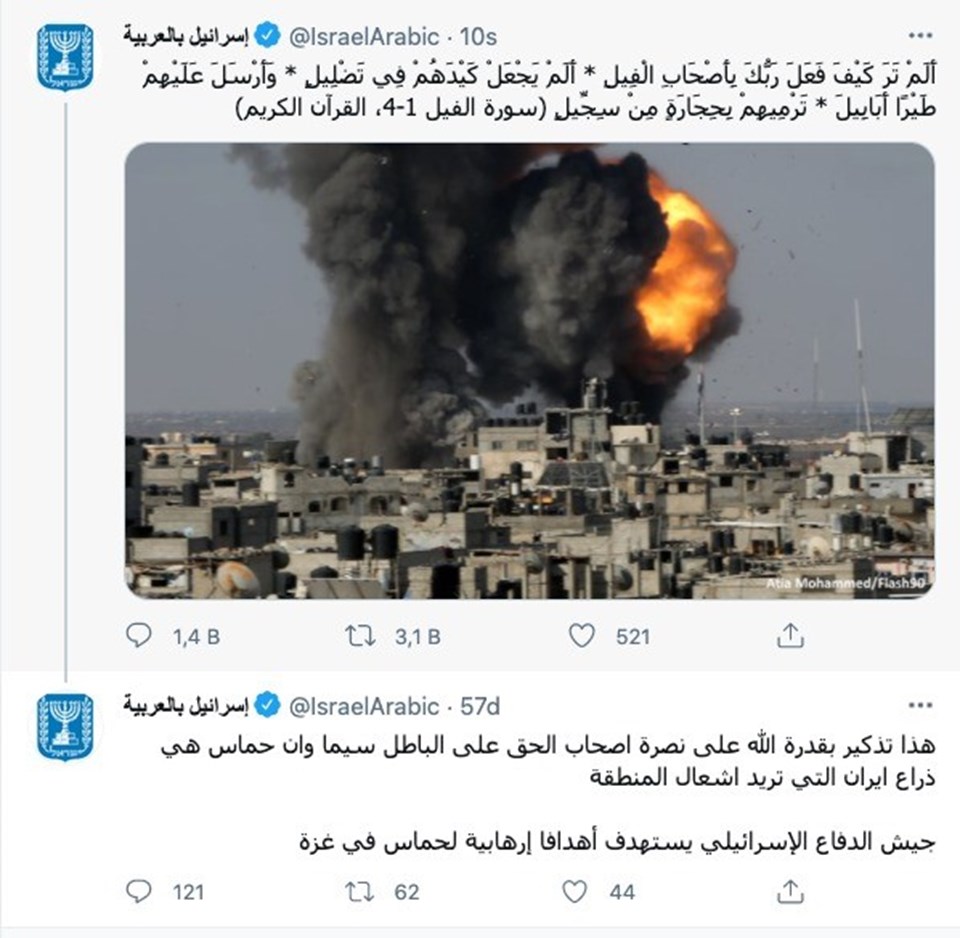 Sheikh Omer Al-Kisvani, the Director of the Masjid Al-Aqsa Foundation, described Israel’s attack on the Gaza Strip as “brutally” and criticized the verses from the Quran made on Israeli social media accounts.

Sheikh Kisvani pointed out that Israel distorted the meanings and contexts of the verses and said:

“They turn the verses out of context and turn them inside out. They are actually the Elephant owners, not the oppressed people in Gaza.”

Sheikh Kisvani emphasized that such posts mean “making fun of Allah’s verses” and said, “This is clearly to mock Allah’s verses. We strongly condemn what has been done.” said.

Stating that what Israel has done is a great cruelty and that he has nothing to do beyond this persecution, Sheikh Kisvani once again reiterated that the real “Elephant owners are the Israeli army”.

Sheikh Kisvani noted that Israel mocked and provoked the feelings of not only the Palestinians, but the entire Islamic world with such posts.

Sheikh Kisvani also prayed to Palestinians in the Gaza Strip, “I ask God to steal what Israel has done to him.” used the expressions.