Miami-Dade Deputy Fire Chief Raide Jadallah announced that the bodies of 4 more people were found this morning during the ongoing work on the wreckage of the building.

Stating that they took a break from the works for 2 hours due to rain and lightning, Jadallah stated that nearly 2,500 tons of rubble had been removed during the works so far.

There is still no news from the 117 people under the rubble.

Due to the tropical cyclone Elsa approaching Florida, the remaining southern part of the building was demolished at 22.30 local time the previous day on the grounds that it was not safe. 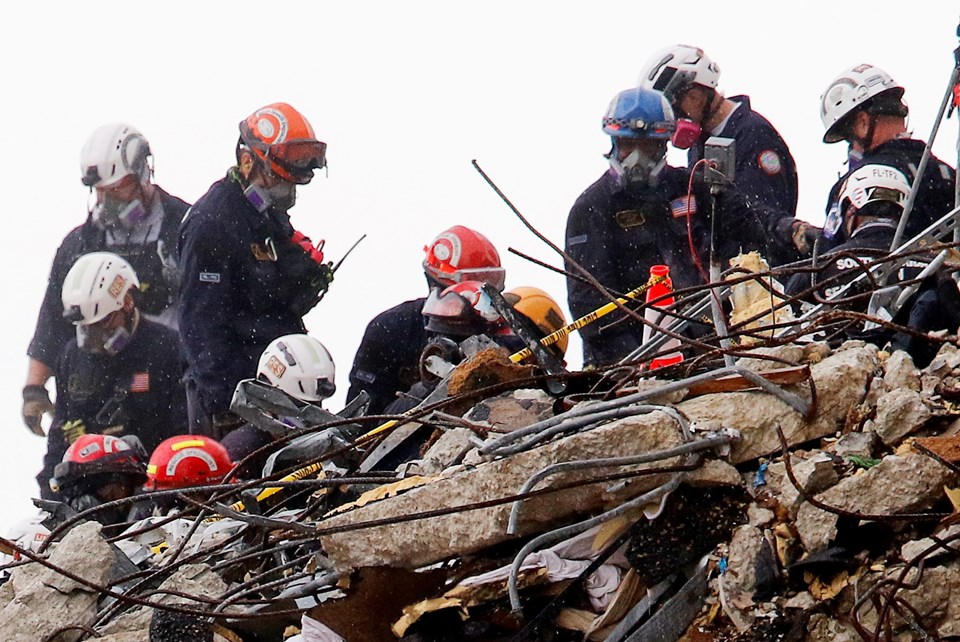 HALF OF THE LUXURIOUS BUILDING WITH 270 FLATS HAS FLOODED

On June 24, half of the luxury condo building called “Champlain”, consisting of 13 floors and 270 apartments, in the Surfside campus with a population of approximately 5,600, north of Miami Beach, suddenly collapsed.

PITON BITTED FROM THE TOILET