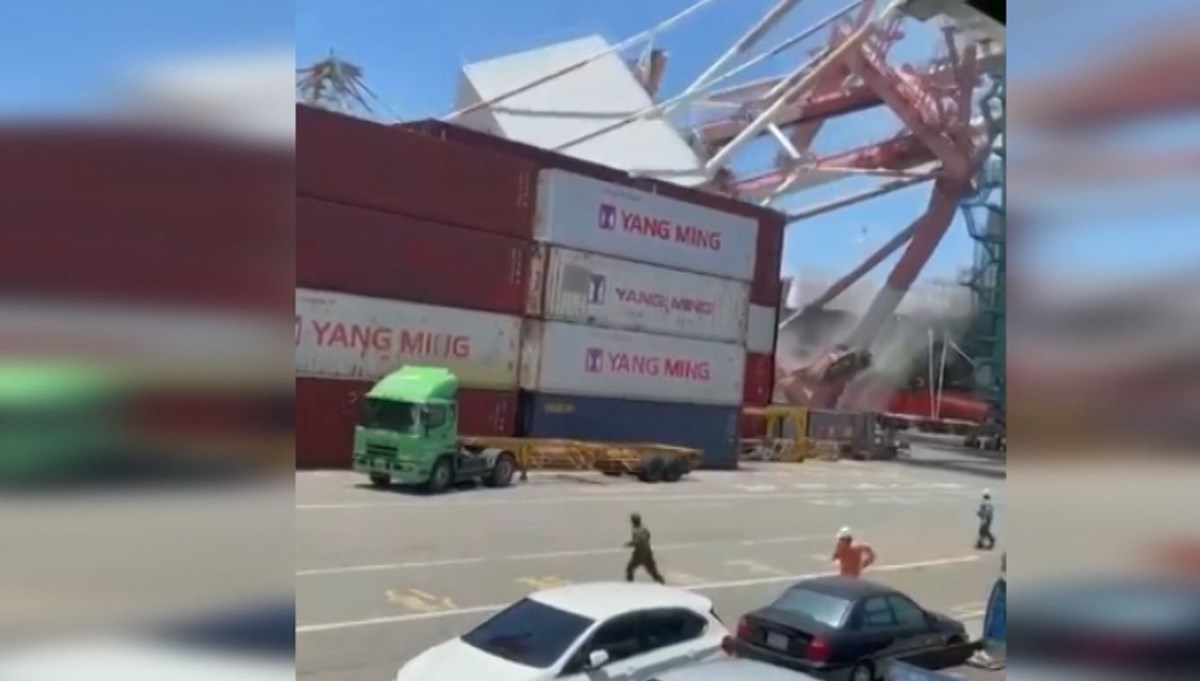 A freighter crashed into a crane while docking in Kaohsiung, Taiwan. Hundreds of tons of cranes and containers fell on workers. One worker was injured in the accident, two workers remained under the rubble. While Taiwanese authorities launched an investigation into the incident, it was announced that the condition of the two workers who were taken out of the rubble and taken to the hospital was serious.