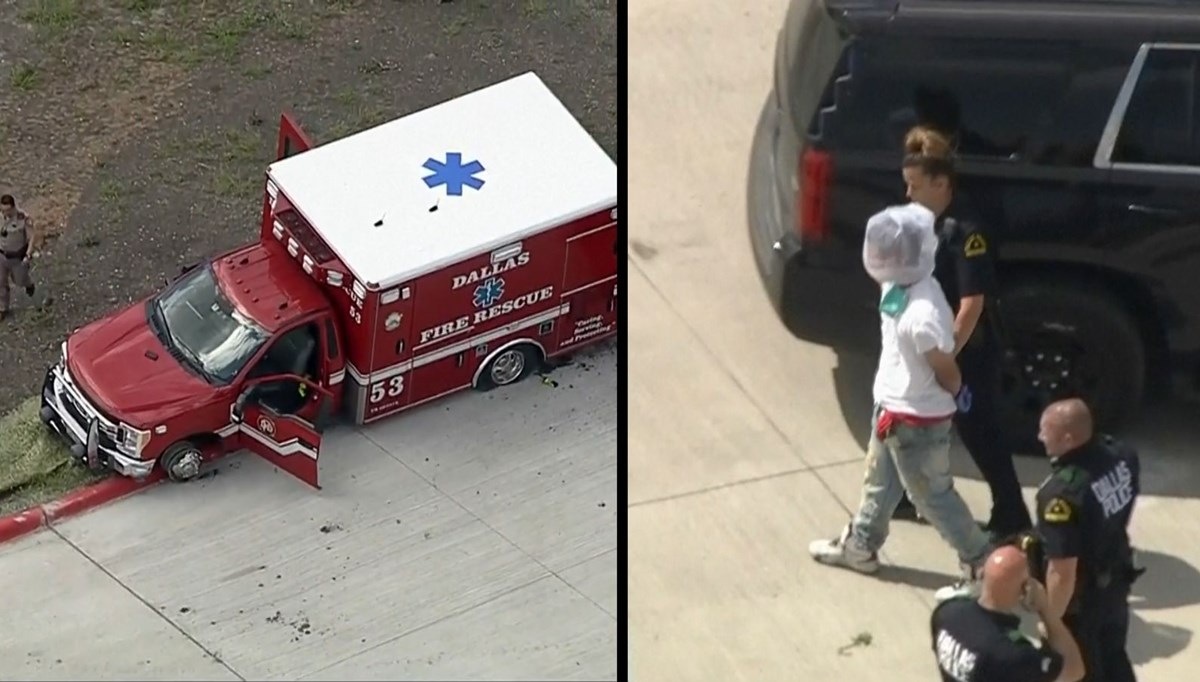 In the US state of Texas, there was a chase that was just as good as action movies. A man who stole an ambulance from the fire station, followed dozens of police officers and fled for 2 hours. In order not to get caught, the thief, who entered the highway, advanced for kilometers in the opposite lane. He eventually entered a field and, realizing that he was going to be captured, he left the ambulance and ran to flee. But this time, when the wire fences appeared in front of him, he gave the collar.