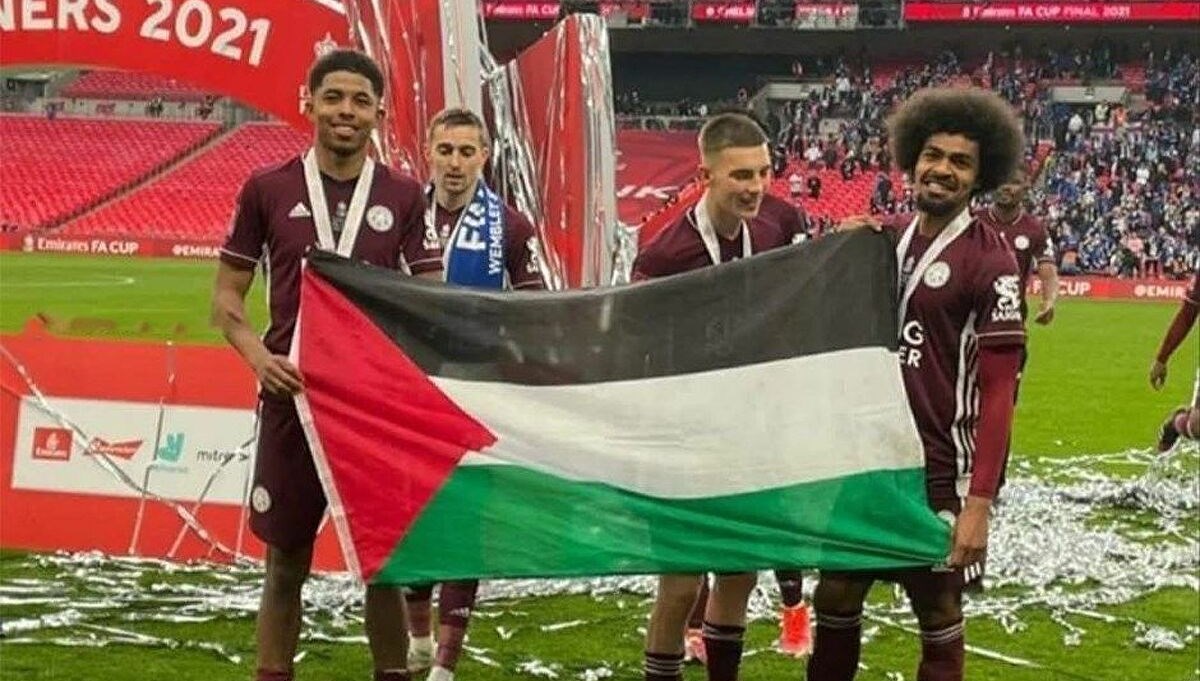 The players of Leicester City, who beat Chelsea 1-0 and reached the first championship in its history in the English Federation Cup (FA Cup), unfurled the Palestinian flag after the final match.

British midfielder Choudhury hung the Palestinian flag on his shoulders on his way to claim his medal before lifting the trophy with his teammates Kasper Schmeichel and Fofana.

Players unfurling the Palestinian flag on the field social mediaIt was shared and appreciated by many people.

They are looking for a safe place to take refuge