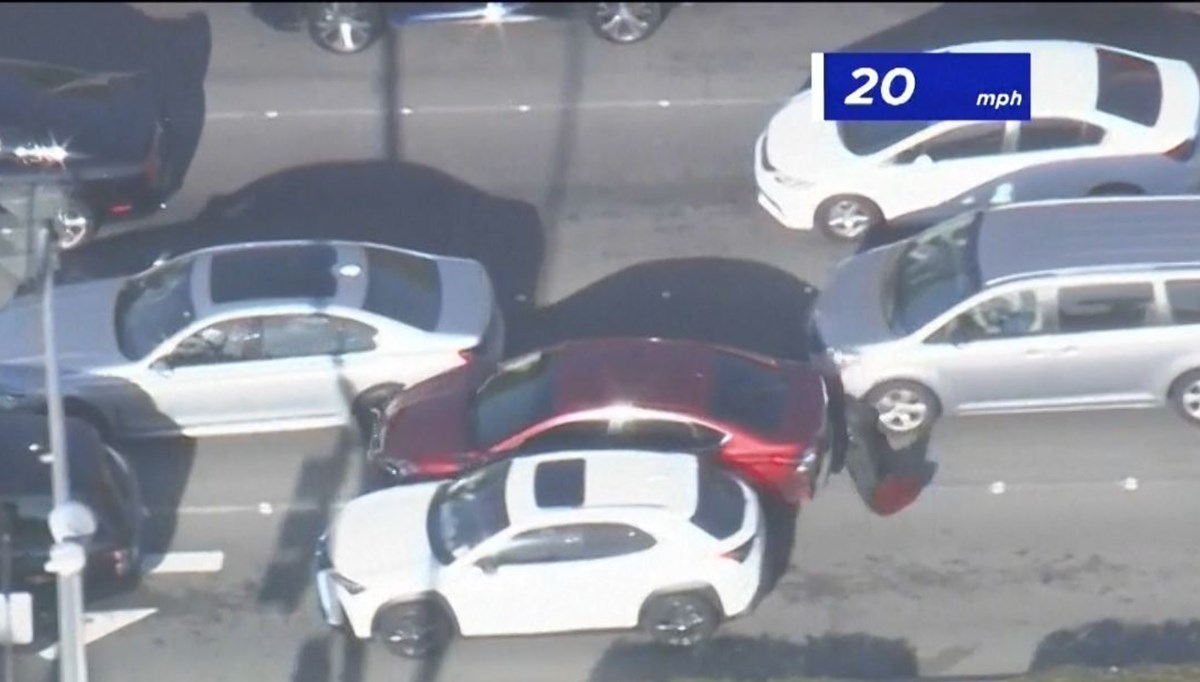 The frenetic chase that took place in the USA turned out unexpectedly for the police and witnesses. According to the information given, after a vehicle crashed into the regional sheriff’s vehicle and ran away, the police chased the vehicle in question. When the driver who hit many vehicles on the road while escaping from the police had to stop, a tense wait began among the police forces. The security forces who opened fire on the vehicle with plastic bullets could not get results. The police crews who approached the vehicle in which the suspect was located with an armored police vehicle and threw tear gas into the car encountered something they did not expect. A nine-year-old girl stepped down from the back door of the vehicle. The suspect, in his 30s, who was driving the vehicle, was detained by police teams.