In his speech after the traditional Sunday prayer in the Vatican, the Pope referred to preliminary reports and news that the remains of 215 children were found in the garden of Kamloops Indian Boarding School in British Columbia, Canada.

Pope Pope Francis said: “I am following with pain the news from Canada regarding the shocking discovery of the remains of 215 children. I express my sympathy to the Canadian Bishops and the entire Catholic Church in Canada and to the people of Canada. This sad discovery raises more awareness of the pain and suffering of the past. ” said. 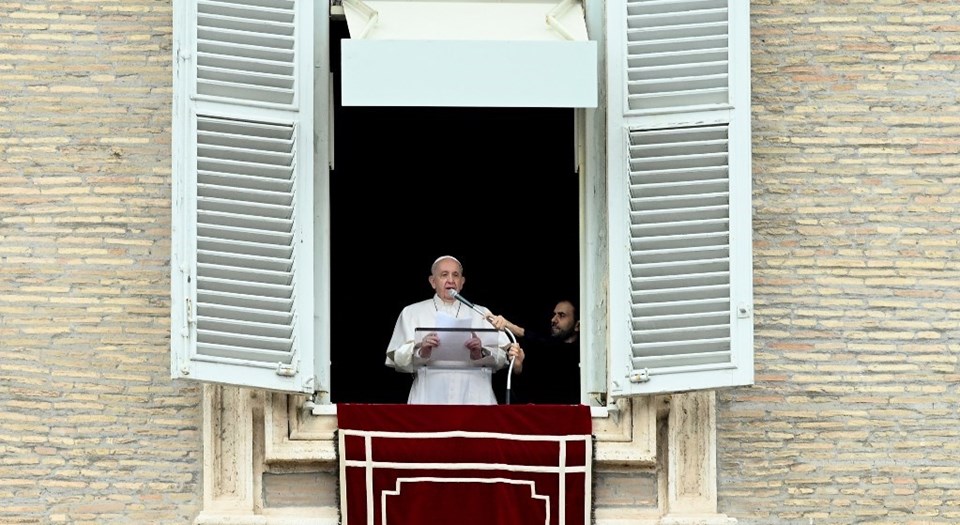 The spiritual leader of the Catholics said that Canada’s political and religious authorities should continue on the path of clarification and reconciliation.

Praying for the children who lost their lives, the Pope did not apologize, leaving the Canadian public’s apology demands unanswered.

RESPONSE TO THE POPE WITH NO APPEAL

According to the news in CTV News, Pope Francis, in his speech during the traditional Sunday prayer, said that he was saddened by the news about child abuse in boarding schools belonging to the Catholic Church and called for respect for the rights and cultures of indigenous peoples, but contrary to expectations, he did not make the apology demanded by Canadians. .

Bobby Cameron, president of the Federation of Sovereign Indigenous Nations in Saskatchewan, said: “We all suffer and grieve. This is a world-wide ridicule. I am deeply sorry for the way the Pope treated our church’s indigenous people and students at that time, we apologize, pray.” Is it that hard to say ‘we’re doing it? he said.

Saa Hiil Thut, 72, a survivor of Kamloops Native American Boarding School, said no one was held responsible for what happened to him and the suffering he endured during his years at the school.

Thut, who said, “The criminals are getting rid of it without any problems,” said Thut, who did not apologize to the Vatican. He will not say there are 215 children.” reacted with his words.

The issue of boarding schools, which came back to the agenda of the country with the discovery of the remains of 215 unregistered children in the garden of the Kamloops Indian Boarding Church School in British Columbia at the end of May, also revived the old demands for finding those responsible and accountable.

Prime Minister Justin Trudeau, in his statement repeated last week, reminded that schools are under the control of the church, and said that the Vatican should take responsibility for its role in schools and apologize.

Trudeau asked Pope Pope Francis to apologize the same year, based on the 4,000-page report of the Truth and Reconciliation Commission, which was established in 2010 and completed its work in 2015, on the issue of child abuse, the largest in the country’s history. Repeating his request during his visit to the Vatican in 2017, Trudeau did not get the answer he expected from Pope Francis.

The boarding school system, which operated between 1831 and 1996, forcibly separated approximately 150,000 indigenous children from their homes and families. Many of these children suffered physical and sexual abuse, rape and malnutrition, and some died in medical experiments on them.

According to official records, nearly all of the 139 boarding schools across the country were run by the Catholic Church on behalf of the Canadian government.