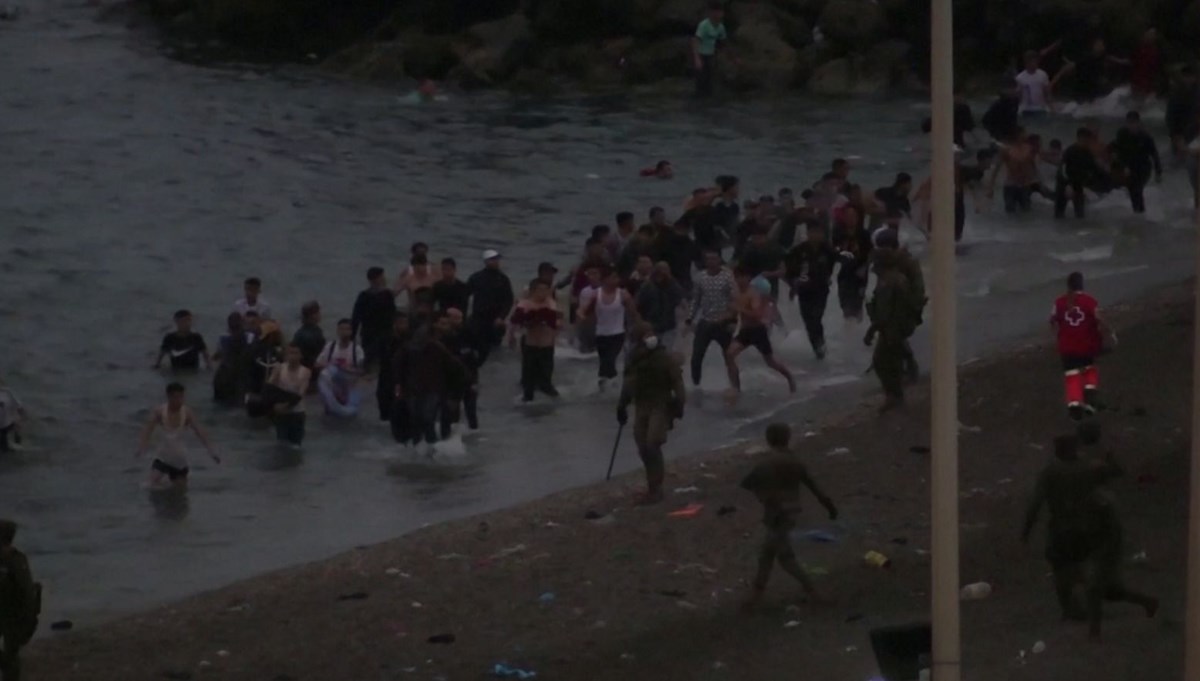 Ceuta, Spain’s land in North Africa, is flooded with refugees. Hundreds of refugees swim or go ashore in boats. There were children among the refugees. Soldiers deployed by the Spanish government on the coast intervene from time to time with refugees. It is stated that the number of asylum seekers who have reached the Spanish territory in this way in the last two days has exceeded 6 thousand. Asylum seekers who reach Spanish territory by sea will be sent back to Morocco as per the agreement.