Surface scanning radar expert Prof. Beaulieu said there is about 650,000 square feet of land still to be explored in the Kamloops Boarding School area.

Explaining that the bone and tooth samples taken from 200 places that were likely to be graves in the first findings were sent for examination, Prof. Beaulieu noted that the lack of corpse remains in a coffin at the discovery sites made it difficult both for discovery and for the examination of the corpse.

Stating that they received information from the survivors that the children who were removed from their beds at night were taken to the orchard to dig graves, Prof. Beaulieu said they found a child’s rib bone and tooth from an apple orchard in the area. 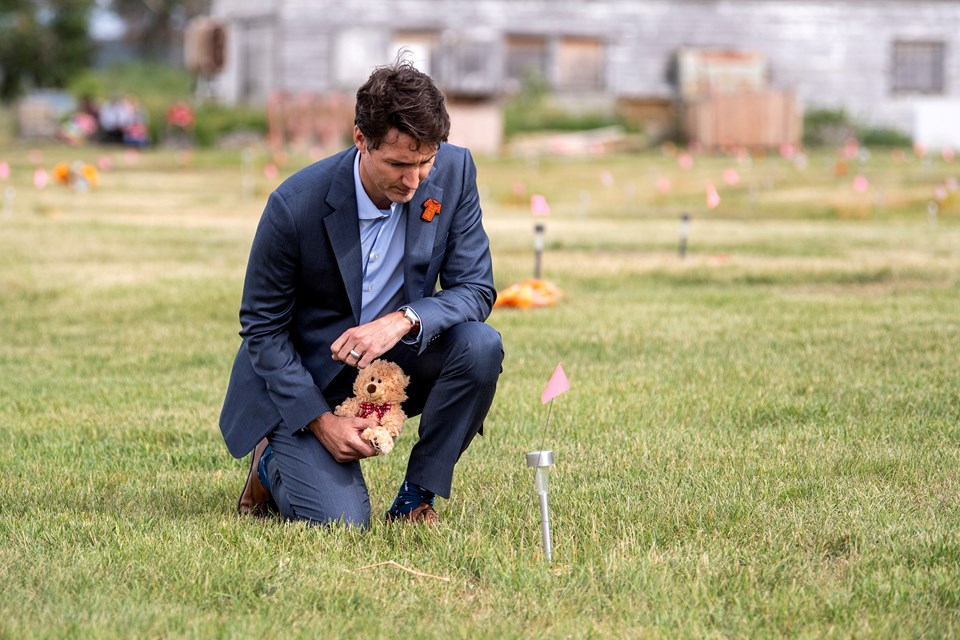 prof. Beaulieu emphasized that the findings are being examined by forensic medicine and that the true number of unnamed burials in the region that are not in official records will be revealed later.

‘THIS IS A HEAVY FACT’

Rosanne Casimir of the Tk’emlúps te Secwépemc First Nation, who organized the meeting, called on the government and the Catholic Church to disclose the enrollment and resources in the schools.

Casimir said, “This is a weighty truth. We will follow up as the evidence emerges. We hate to put the responsibility of identifying the disappeared on the survivors of these schools, who are already traumatized and relapsed. We will follow the science as we listen to the oral narratives that the survivors share with us. It has been called a ‘dark chapter in history’, but locals are much more alive with the repercussions they experience today.” he said.

Stating that the purpose of explaining the findings is to honor children whose fates are unknown, Casimir said, “We are not here to retaliate. We are here to tell the truth. We are mapping out a way to bring peace to missing children, their families and communities.” said.

Unregistered child graves in the church school yard in Canada came to the fore for the first time with the remains of 215 children found in the garden of the boarding church school in Kamloops, British Columbia, on May 29.

On June 24, graves containing 751 unregistered child bodies were found in the garden of the Marieval Boarding School in Saskatchewan.

In the Canadian province of British Columbia, the former St. On June 30, 2021, undeclared graves containing the remains of 182 children were discovered near the Eugene Mission School.

The Penelakut Indigenous Tribe on Penelakut Island in the Southern Gulf Islands of British Columbia also announced on July 12 that they had found more than 160 “undocumented and unmarked” graves in the area belonging to the Kuper Boarding School.