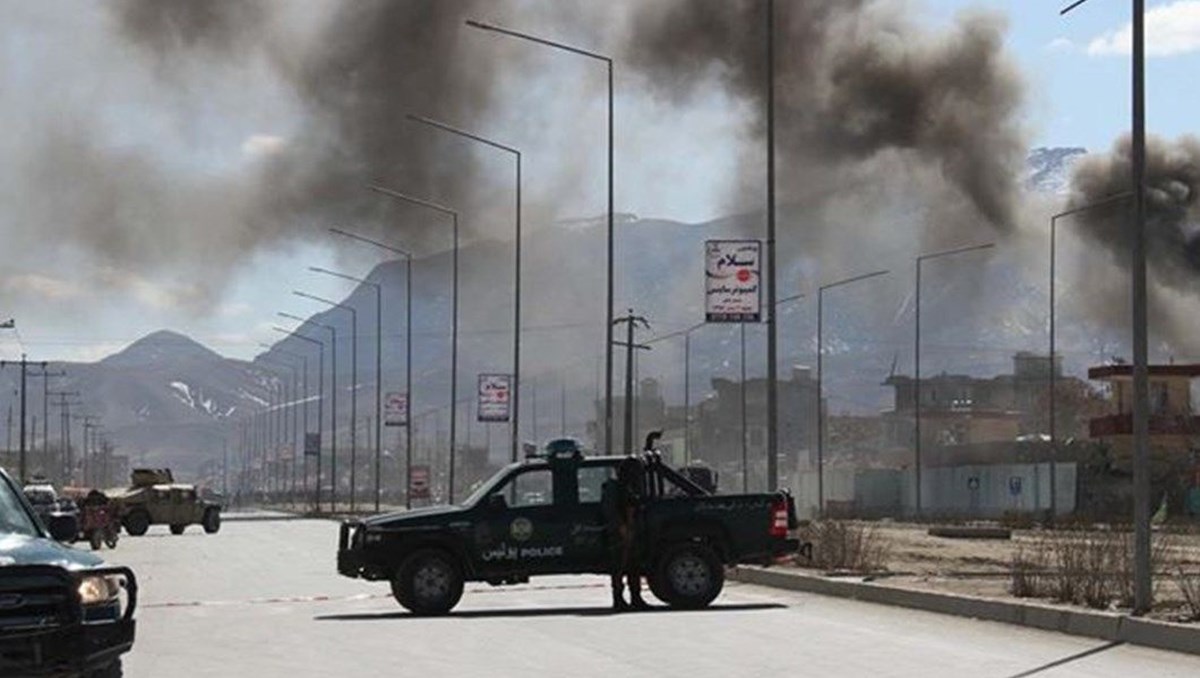 Will be hosted by Turkey, Afghanistan’s Peace Process Conference schedule became clear. The parties will meet in Istanbul on Friday.

Asada, the United States Representative Zalmay Khalilzad will be the administration of Afghanistan and the Taliban. The meetings are planned to be held in a 10-day marathon.

The aim of the meeting is to sign a memorandum of understanding between the USA and the Taliban and to reveal a roadmap. On Friday, Afghanistan President Eşref Gani will also be in Istanbul.

Before the critical meeting, Foreign Minister Mevlüt Çavuşoğlu had a phone conversation with his Afghan counterpart Hanif Atmar. The two names exchanged views on the conference to be held in Istanbul.

Vice President that Amrullah Saleh also made preparations for the peace conference to be held in Turkey reported.

Salih stressed that the Afghan government is ready to seriously negotiate with the Taliban.

The US, the country with the largest foreign military presence in Afghanistan, had signed an agreement with the Taliban in Doha, the capital of Qatar, during the time of former President Donald Trump.

The Trump administration made a pledge that all foreign powers in Afghanistan would leave the country by May 1, with the agreement concluded on February 29, 2020, without consulting within NATO and its allies. The Taliban, in turn, pledged not to attack foreign forces until they retreat.

In the past year, about 5,000 Taliban prisoners were released from Afghanistan prisons, 1,000 people held hostage by the Taliban were released, and the US has significantly reduced the number of soldiers.

The Taliban continued their actions against Afghan security forces, as the agreement stipulated only not to attack foreign forces. There were also many violent incidents in the country that the Taliban did not undertake.

According to the United Nations Relief Mission in Afghanistan (UNAMA), more than 3,000 civilians died following the signing of the peace agreement between the United States and the Taliban.

According to a segment that includes actors such as the Afghan administration and the Chairman of the Supreme Council for National Reconciliation Abdullah Abdullah, the Taliban does not comply with the Doha Agreement.

The Kabul administration firstly requires the Taliban to end their actions and go to a comprehensive ceasefire.

The Taliban, on the other hand, emphasizes that it does not attack foreign powers by complying with the Doha Agreement with the USA and wants its calendar to be operated. The Taliban, who demanded that foreign forces leave the country by May 1, establish a transitional administration, and the prisoners be released, is waiting for their leader cadres to be removed from the UN Security Council’s terrorist lists.

Failure to overcome the bottleneck in Afghanistan negotiations and the approaching date of the withdrawal of foreign powers that the US has promised caused alarm bells in Afghanistan for the international community.

Many NATO countries with military forces in Afghanistan are waiting for the uncertainty to be resolved. Currently, the number of US troops in the country is below the total of other countries’ soldiers.

If the US and NATO withdraw from Afghanistan, countries that will continue to have military power in this country will have to make bilateral agreements with the Kabul administration.

In such a period, for Turkey to host the talks came to the fore.

Diplomatic sources in Turkey before the meeting proposal by the US government in Ankara stated that the parties to the Afghan transmitted several times.

Turkey, the United Nations (UN) and is conducting contacts with the Afghan parties in the event co-ordinate with Qatar.

The Ministry of Foreign Affairs is working on the participating countries, the level of representatives and the order of participation for the meeting in Istanbul, and consults intensively with the relevant parties on participation issues.

Foreign Minister Mevlüt Çavuşoğlu holds telephone conversations with his Afghan and Qatari counterparts, as well as officials from the relevant party countries.

Diplomatic sources say that taken in full transparency of negotiations with the Afghan side, Turkey is that both sides have a significant advantage of having the confidence attracts attention.

According to sources, Turkey, the parties to mediate or not to impose quest facilitating role.

Contacts with the Taliban for the Istanbul meeting, which is seen as complementary and supportive of the Doha process, are carried out through the group’s political office in Doha.

Turkish officials want Afghans to be represented by people with decision-making skills in narrowly attended meetings in order to achieve fruitful results from the meeting.

Turkish Foreign Affairs carries out the work related to the process in coordination with all relevant institutions, especially the security bureaucracy in Ankara.

The name will be appointed on Turkey’s Special Representative for Afghanistan as assessments continue.

Diplomatic sources state that the Istanbul meeting can be held in the coming weeks.