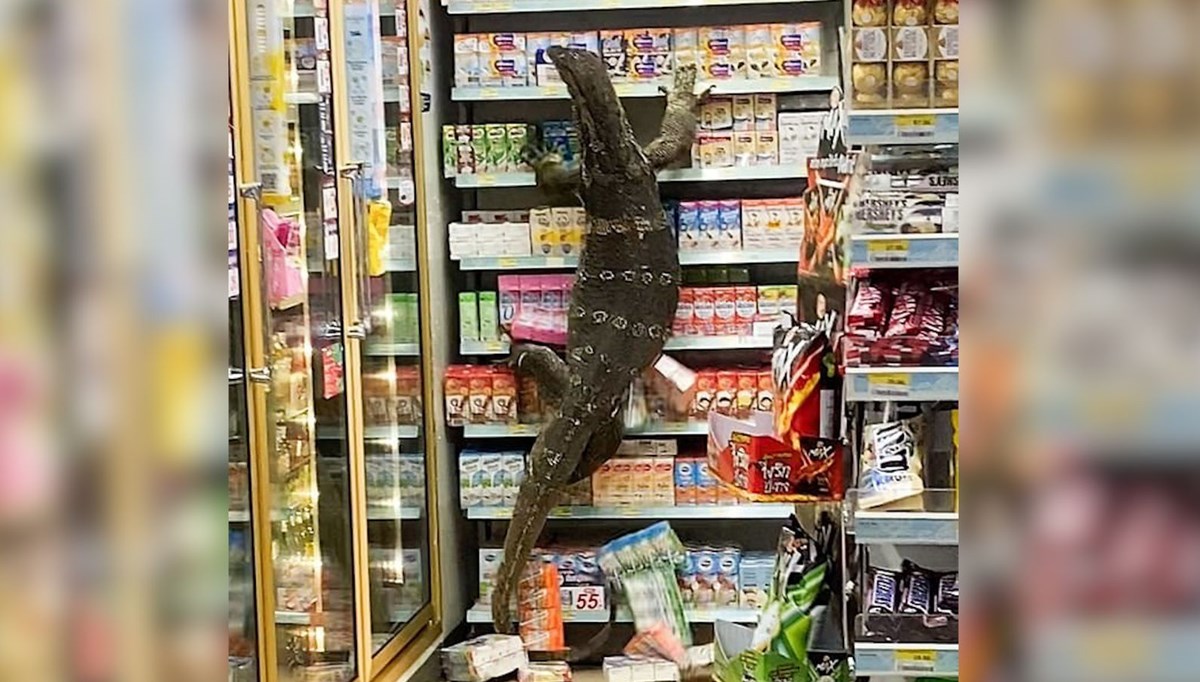 The giant lizard that broke into a grocery store in Thailand’s capital, Bangkok, caused fear and panic. “I was heading to the shelves to buy drinks. I couldn’t believe my eyes when I saw the giant lizard in front of me. Dangerous animals, especially when they get angry, ” he said. The rescuers who came to the scene after the market employee called the officials, dragged the giant animal they took out and left it to the bushes.