Demonstrators took to the streets of many cities of the country, especially in the capital cities Nepido, Yangon and Mandalay, and protested the coup.

In Yangon, security forces dispersed barricades set up by protesters in city squares and intervened with rubber bullets and tear gas.

In Mandalay, where the bloodiest intervention by the security forces took place, a commemoration ceremony was held for 19-year-old Kyal Sin, who was shot in the head yesterday and died in the protest area and became the symbol of opponents of the coup.

The crowd gathered around Kyal Sin’s funeral and remembered the young protester with respect.

His family explained that Kyal Sin shared his blood type and cell phone number with his protesting friends before he was shot, and that he wanted to donate his organs if he died.

It was recorded that at least 38 people died as a result of the armed intervention of the security forces in yesterday’s protests. 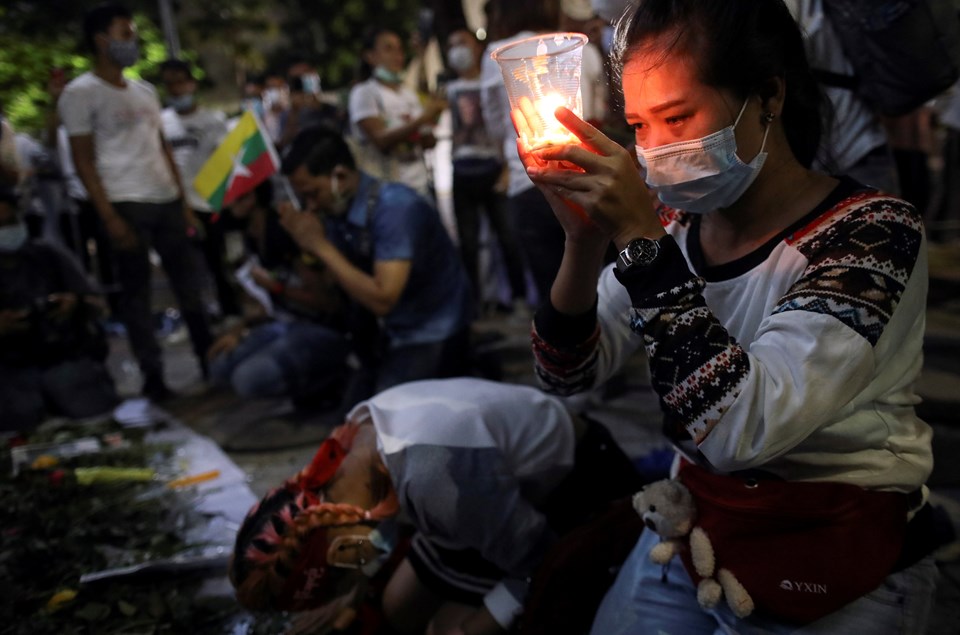 DEATH THREAT FROM SOLDIERS TO PROTESTOUSERS OVER TIKTOK

On the other hand, soldiers from the Myanmar army posted on the social media platform TikTok, while threatening to kill the protesters in their videos, defending the violence of the security forces.

In one of the TikTok videos that protest activists revealed on Twitter, a soldier said, “In 1988, we had to load the gun to fire a single shot. Now we can shoot 30 shots in a minute with a single magazine. He was viewed as he said.

Another soldier pointed a rifle at the camera and said, “I will shoot whoever I see.” said.

Stating that they detected approximately 800 videos shared by the soldiers on the platform and praising the violence, the activists requested TikTok to remove these videos. 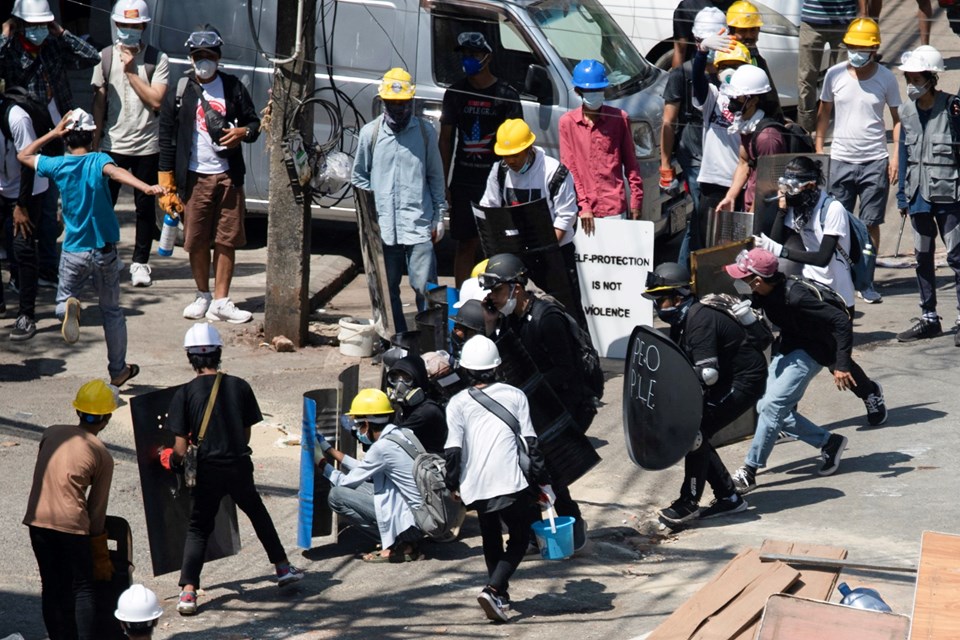 The Myanmar army seized the administration on February 1, after political groups close to it claimed that they were manipulated in the November 8, 2020 elections and political tension in the country increased.

The army detained many officials and ruling party leaders, especially Aung San Suu Çii, the Foreign Minister and de facto leader of the country, and declared a state of emergency for a year.

Turkey condemned the coup, the various reactions and criticism had come from Western countries.

The people of Myanmar started demonstrations demanding return to democracy on February 6 and 56 demonstrators died in the armed intervention of the security forces.

Demonstrations with broad participation in the country and the trials of high-ranking government officials in custody at the military court continue.

WOMAN FROM MYANMAR RECORDED THE COUP DURING SPORTS