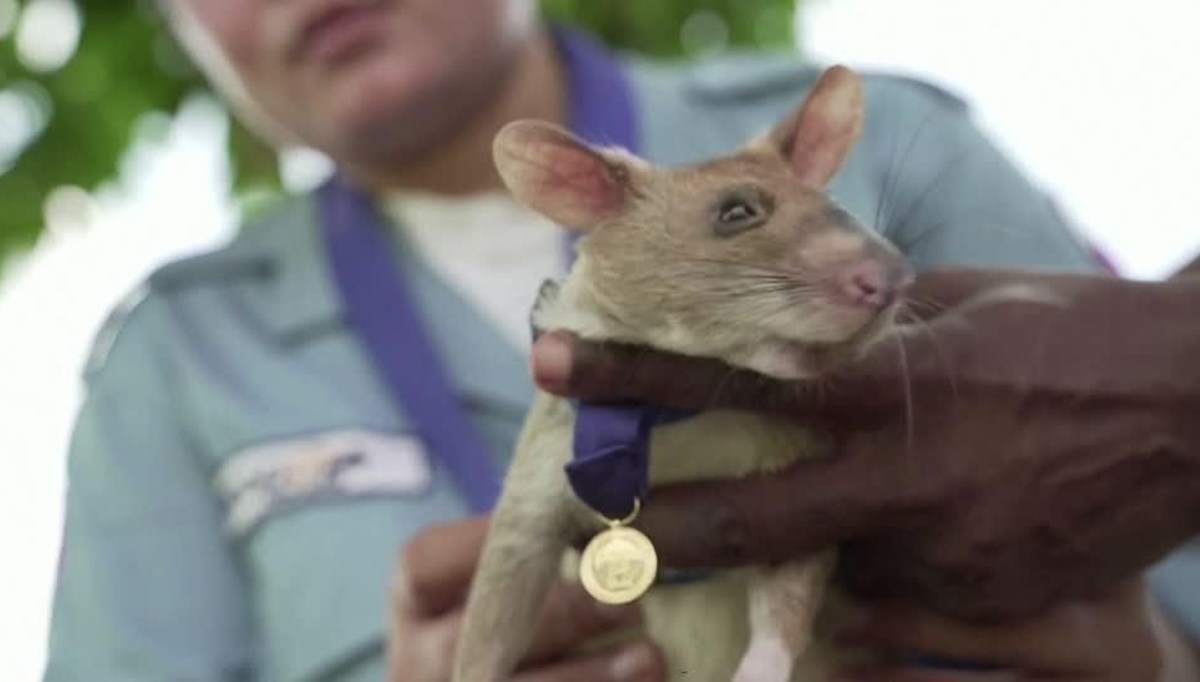 The African opossum named Magawa was trained by the association called APOPO.

Mouse Magawa, which can scan an area the size of a tennis court in 20 minutes, which mine detectors can scan in 1 to 4 days, has located 71 land mines and 38 unexploded explosives in five years.

The hero mouse, who was previously awarded a gold medal by the UK-based People’s Dispensary for Sick Animals, was awarded the medal for the second time.

It was decided to retire the aging and therefore slowing Magawa.

An organization called APOPO, which teaches Magawa to find mines, trains rats and dogs to detect landmines and TB cases.