It has been reported that more than 610 million doses of vaccines have been made to immunize against the new type of corona virus (Covid-19) worldwide.

ISRAEL, THE COUNTRY WITH THE HIGHEST VACCINATION

THE MOST OUT OF TURKEY 6.ÜLK to

According to Ministry of Health data, as of April 2 in Turkey with 16 million 380 thousand 634 doses of vaccine were made Kovid-19. Turkey, which ranks 6th in terms of the total number of vaccinations among the world countries, each was 19.15 per 100 people Number of vaccine.

In the distribution of vaccines by continents, the Asian continent ranks first with 260 million 13 thousand vaccines, followed by North America with 169 million 82 thousand and Europe with 128 million 66 thousand vaccines.

Continents and regions in the Southern Hemisphere lagged behind those in the north. 39 million 35 thousand doses of vaccine were administered in South America, 11 million 42 thousand in Africa and 778 thousand 733 doses in Oceania.

All but one of the Covid-19 vaccines, which have been allowed to be used or used urgently to date, are administered in two doses and intermittently. Therefore, the number of doses administered does not mean that the same number of individuals have been vaccinated.

Covid-19 spread to more than 200 countries and regions, turning into a global epidemic.

While the number of cases worldwide exceeded 130 million 206 thousand, more than 2 million 840 thousand people died due to the virus. 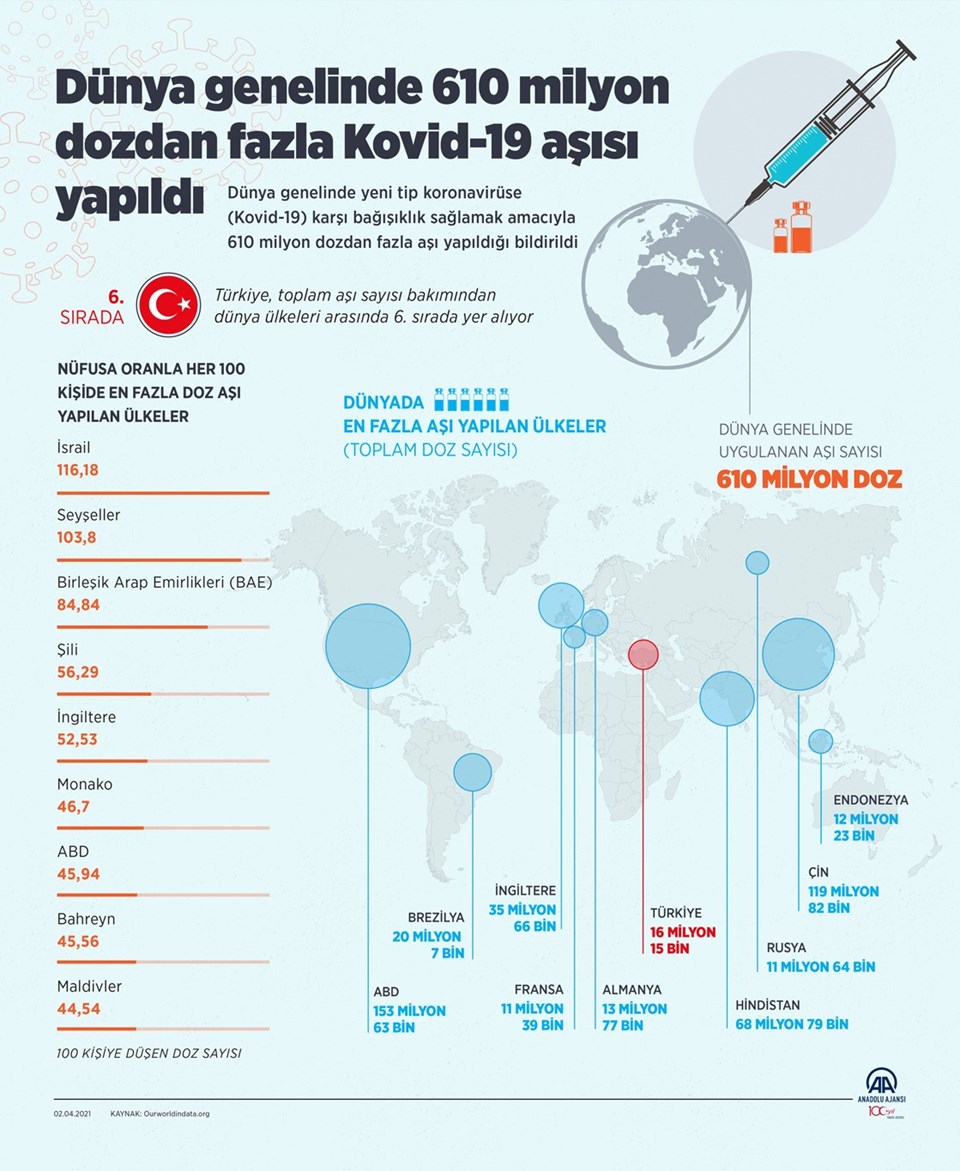