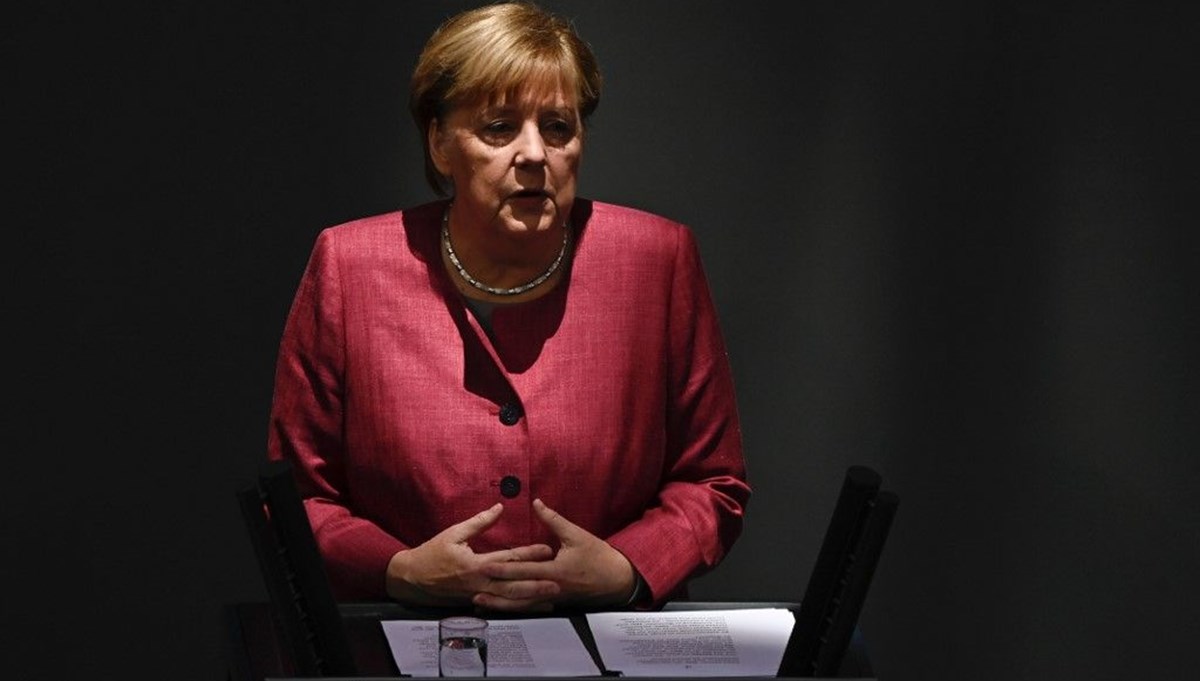 German Chancellor Angela Merkel said that she is making efforts to develop very good relations with Turkey. Pointing out that asylum seekers should not be used as a political tool, Merkel said, “Turkey looks after Syrian refugees very well. It does a lot of incredible things there.”

Merkel answered the questions of the capital correspondents at the traditional summer press conference held at the Federal Press House.

Expressing that her political opinion is known that she does not see Turkey as a full member of the European Union (EU), Merkel said, “However, I still make an effort to have very good relations with Turkey.”

Merkel stated that she is in favor of the continuation of the migration agreement between the EU and Turkey and the updating of the Customs Union.

Recalling that at the last EU Leaders’ Summit, it was decided to give 3 billion euros to Turkey, Merkel stated that she had talks with Turkish President Recep Tayyip Erdogan on these issues.

Noting that asylum seekers should not be used as a political tool, Merkel said, “Turkey takes very good care of Syrian refugees, in particular. It does an incredible amount of things there. We have supported[Turkey]. Of course, to a small extent. I want this agreement to be developed. This is for the people affected.” is the best,” he said.

When asked about whether the talks between Greece and Turkey ended in failure due to President Erdogan’s statements on Cyprus, Chancellor Merkel stated that she did not mention that the negotiations were unsuccessful in principle, and used the phrase “There is a setback or progress”.

Expressing that the Turkish President’s support for a two-state solution, which is not accepted by the Greek and Greek Cypriot Administration (GSC) sides, makes the negotiations difficult, Merkel stated that the negotiations on this issue should be continued under the management of the United Nations (UN).

Merkel stated that these talks, which should lead them in the right direction, would be difficult and long-term, and said, “This was of course a setback now. However, we should not be discouraged by such setbacks.”

Referring to the EU’s asylum policy, Merkel pointed out that the EU still has not developed a common asylum policy and noted that this is a great burden for the EU and needs to be resolved.

Chancellor Merkel evaluated the agreement between Germany and the USA regarding the Nord Stream 2 pipeline, which will carry Russian gas to Europe, as a good step, but said that this agreement did not resolve all differences of opinion.

Describing the agreement as an attempt to fulfill certain conditions that must be implemented between the USA and Germany, Merkel noted that it is important that Ukraine remains a gas transit country and that energy issues are not used to put Ukraine in a difficult position.

German Chancellor stated that Russia will not use energy as a weapon, adding that they trust Russia’s word.

When asked about the allegations that she “eavesdropped on dissidents’ phones” using spyware called “Pegasus” produced by Israel-based NSO Group, Merkel replied, “Such programs should not be sold in countries where judicial review is not guaranteed.”

Pointing out that the new type of corona virus (Covid-19) cases have increased alarmingly in recent days, Chancellor Merkel explained that this is due to the mutated Delta variant of Covid-19.

Merkel emphasized that it is very important to comply with measures such as distance and wearing masks.

Calling on the public to be vaccinated, Merkel stated that being vaccinated is the key to overcoming the epidemic.

Merkel stated that the health system should be prevented from reaching its limit and said, “The higher the number of vaccinated people, the more people will be protected from the severe course of the disease.”

Recalling the flood disaster in the west of the country last week, Chancellor Merkel said that the flood caused incredible destruction, that 170 people were mourned and that there were still wanted people.

Merkel stated that long-term is needed to repair the damage caused by the flood.

Merkel also noted that the fight for climate protection must continue.