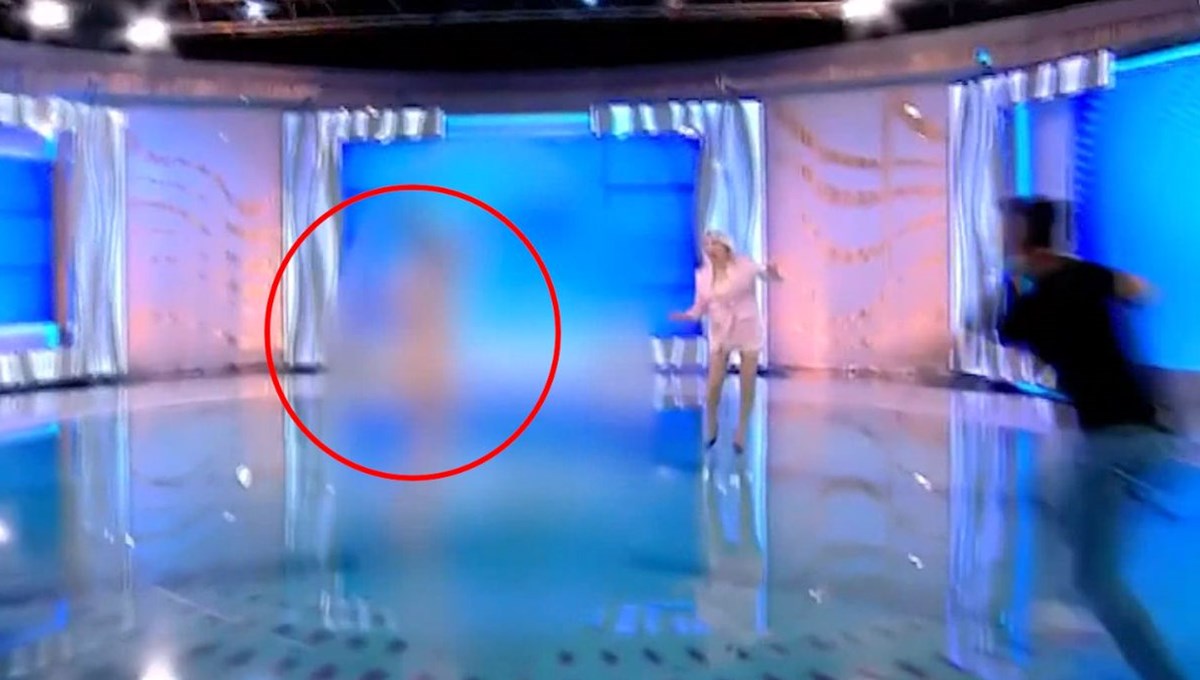 Entering the studio naked during a live broadcast of a television program in Romania, the woman threw stones at the presenter. The woman burst into the studio naked, shouting “Give me back my money,” and ran towards the host Mirela Vaida. The technical team caught the attacking woman immediately. While it is not explained why the woman was involved in such an attack, the presenter Mirela Vaida said she did not know the attacker.