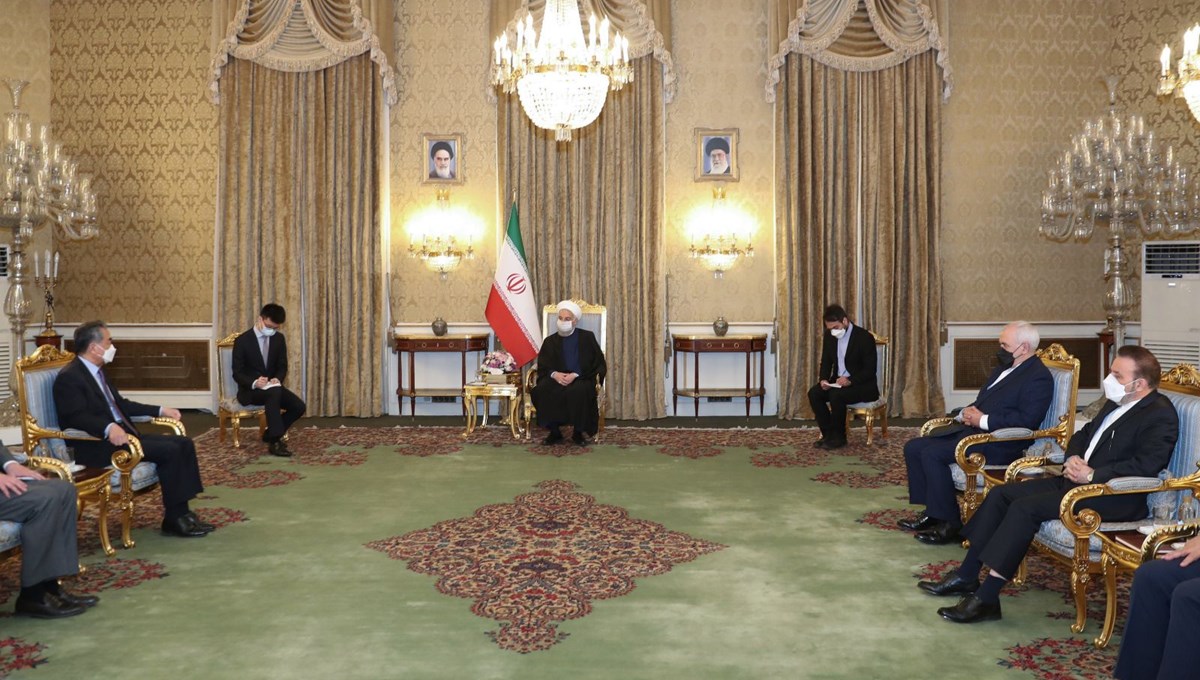 Tehran and Beijing administrations signed a 25-year cooperation agreement that envisions Iran’s participation in the “Belt and Road” project initiated by China.

At the meeting, a 25-year agreement was signed between the two countries, envisaging cooperation in various fields.

Information regarding the content of the agreement envisaging Iran’s participation in the “Belt and Road” project initiated by China, which was brought to the agenda for the first time during Chinese President Xi Jinping’s visit to Tehran in 2016, was not shared.

Yi, who was in Tehran at the invitation of Zarif, also met with Ali Larijani, advisor to the country’s leader Ali Khamenei.