Canadian Prime Minister Justin Trudeau signed an agreement with the Cowessess First Nation community, which gave full authority on child welfare, which came to the fore after the discovery of 751 child graves that are not on official records in a church in the province of Saskatchewan.

Hosted by Cowessess First Nation Chief Cadmus Delorme, the ceremony in Pow Wow Arbour, which is used as a sacred social space by the locals, was attended by Prime Minister Trudeau and Saskatchewan Prime Minister Scott Moe and approximately 150 guests.

Speaking at the ceremony where indigenous dance and performances were exhibited, Prime Minister Trudeau stated that no indigenous child should be separated from the society they are a part of and said, “Children should never be taken from their homes, families and communities again.”

First Nation Chief Delorme said: “Today is a historic day because we have never given up our right to our children.” he said.

After the speeches, Trudeau, Delorme, and state President Moe signed an agreement to transfer legal control over children in care to the native Saskatchewan First Nation for the first time under federal legislation. 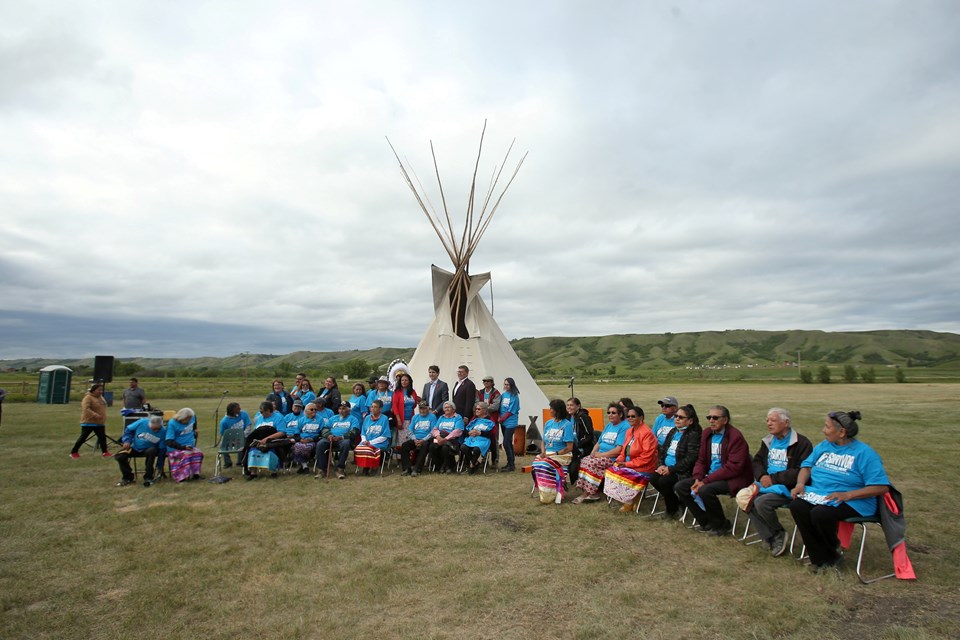 The agreement also includes the federal government’s financial commitment of $38.7 million over the next two years to enable the indigenous community to implement a new system of child and family services.

The Cowessess First Nation said in a statement that more than 80 percent of children in care in the state of Saskatchewan are indigenous, and since 1951 the indigenous community has not had the power to make decisions about children in care.

Trudeau’s visit to the area was also significant as the first federal visit at the highest level after the discovery of 751 undeclared children’s graves in the garden of the former Marieval Boarding School on June 24.

In the Cowessess region of Canada’s Saskatchewan province, it was announced on June 24 that there were graves containing 751 child corpses, which were not included in the official records, in the garden of the Marieval Boarding School, which operated until the 1990s.

According to Canadian official records, Marieval Native American Boarding School, affiliated with the Roman Catholic Church, conducted educational activities for the children of Cowessess Indians, about 160 kilometers east of the provincial capital Regina, from 1899 to 1997.

Deep-penetrating radar scans launched at 139 schools across the country first uncovered undeclared graves containing the remains of 215 children in the yard of another church boarding school in Kamloops, British Columbia, on May 29.

Canadian Prime Minister Justin Trudeau used the phrase “one of the darkest chapters in Canadian history” for the child graves found in the garden of old boarding church schools, which had a great impact on the public.

The boarding schools, the first of which were opened by the Catholic Church in 1840 on behalf of the Canadian government, and the last one was closed in 1997, went down in history as places where more than 150,000 indigenous children were forcibly taken from their families.

It was claimed that most of the children who were forcibly removed from their families and cultures in order to be integrated into communities dominated by the white majority were subjected to maltreatment, starvation and cold, as well as sexual and physical abuse, and even medical experiments were carried out on some children.

The Truth and Reconciliation Commission was established in Canada in 2008 to reveal all aspects of the tragedy in boarding church schools.

The Commission, which listened to more than 6,000 victims who survived, completed its work in 2015 and published a 4,000-page report describing the events as “cultural genocide”.

In some sources, the number of children who died while staying in church schools was given as 4,200, while the Commission report stated that this number was 5,995 because the deaths were not documented by church administrations.