According to research conducted in the USA, it was stated that the oldest life forms in the world were formed after a lightning strike billions of years ago.

Scientists from the University of Leeds and Yale University in the USA explained that after their research on how life began in the world, the release of phosphorus required for the emergence of living organisms may have been caused by quintillion lightning strikes to the world for a billion years.

Phosphate forms the backbone of DNA and RNA, the hereditary material in living organisms, and represents an important component of cell membranes.

According to the study published in the journal Nature Communications, the researchers identified phosphorus as a very important part of the life phenomenon when they were studying the formation of biomolecules, the origins of Earth’s earliest microbial life, and potential extraterrestrial life on similar rocky planets.

The researchers then went on to look for the answer to the question of how phosphorus came about, and they concluded that lightning had unlocked the formation of phosphorus.

Scientists say that phosphorus, which is necessary for the formation of DNA, cells, bones and biomolecules, hit the earth’s surface quintillion times over a billion years, based on the thesis that life began 3.5 to 4.5 billion years ago, how many lightning strikes to Earth when life first began to emerge? created a computer model to find out what happened. 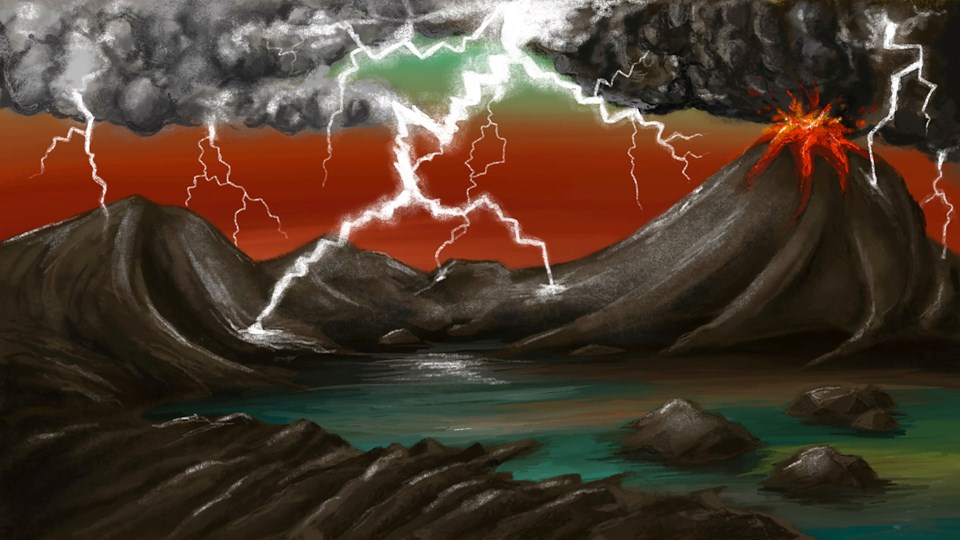 The lead author of the study, Benjamin Hess, and co-authors Sandra Piazolo and Jason Harvey of the University of Leeds stated that they estimate that one to five billion lightning strikes are seen each year in the early Earth’s early stages.

LIGHTNING HAD 560 MILLION TIMES PER YEAR

Stating that the phosphorus necessary for living organisms emerged as a result of all this, Hess, the head of the study, said, “This research has made lightning strikes an important path towards the origin of life”.