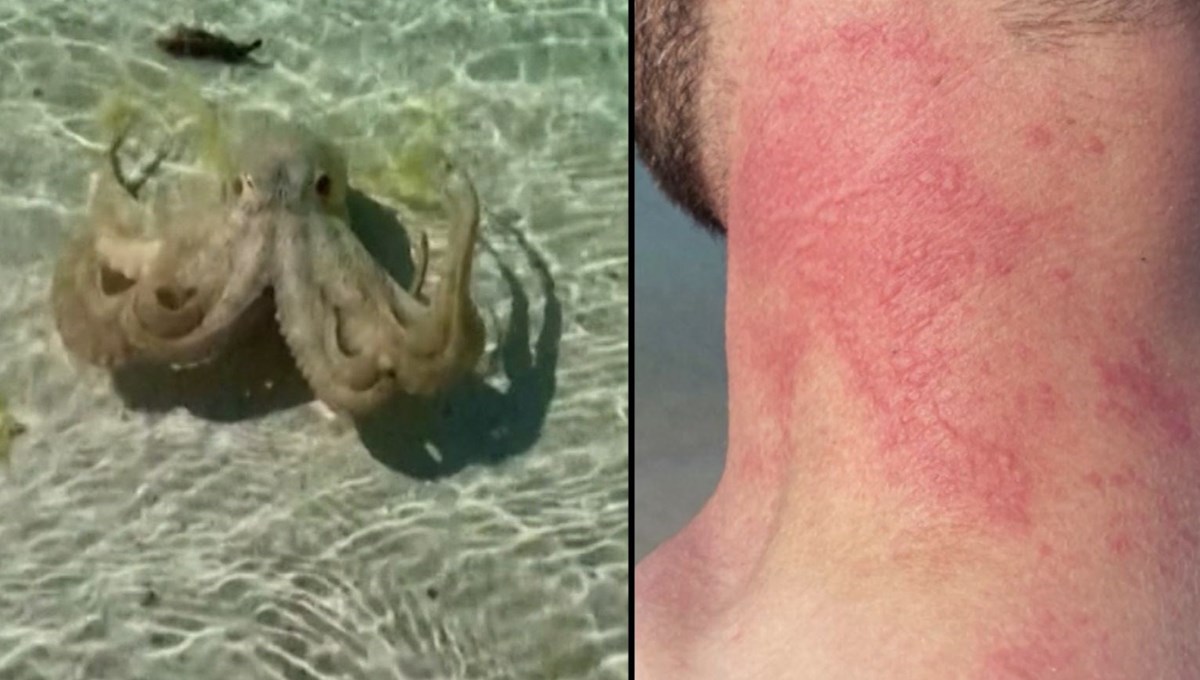 A man walking on the beach in Australia was attacked when he wanted to view the octopus in the sea with his cell phone. Using one of his octopus arms as a whip, he hit the man’s neck very quickly. It was later realized that the octopus hit its target. The man, who had a prominent scar on his neck, went to the health center for first aid.