The giant lizard that entered a market in Thailand caused fear and panic in the market where it entered.

Monitor breed lizard entered a market in the capital city of Bangkok yesterday at noon.

The giant lizard began to climb the shelves in the grocery store. Upon the notice, the rescuers who came to the market, dragged the giant lizard out of the store and left it to the bushes in the vicinity.

Narimpa Tangsin, one of the customers, said, “I wanted to buy a drink, but the animal was very close to the beverage aisle. Dangerous animals, especially when they got angry. That’s why I stayed away and recorded it on my phone. I think the shops have every product even for lizards,” he said. 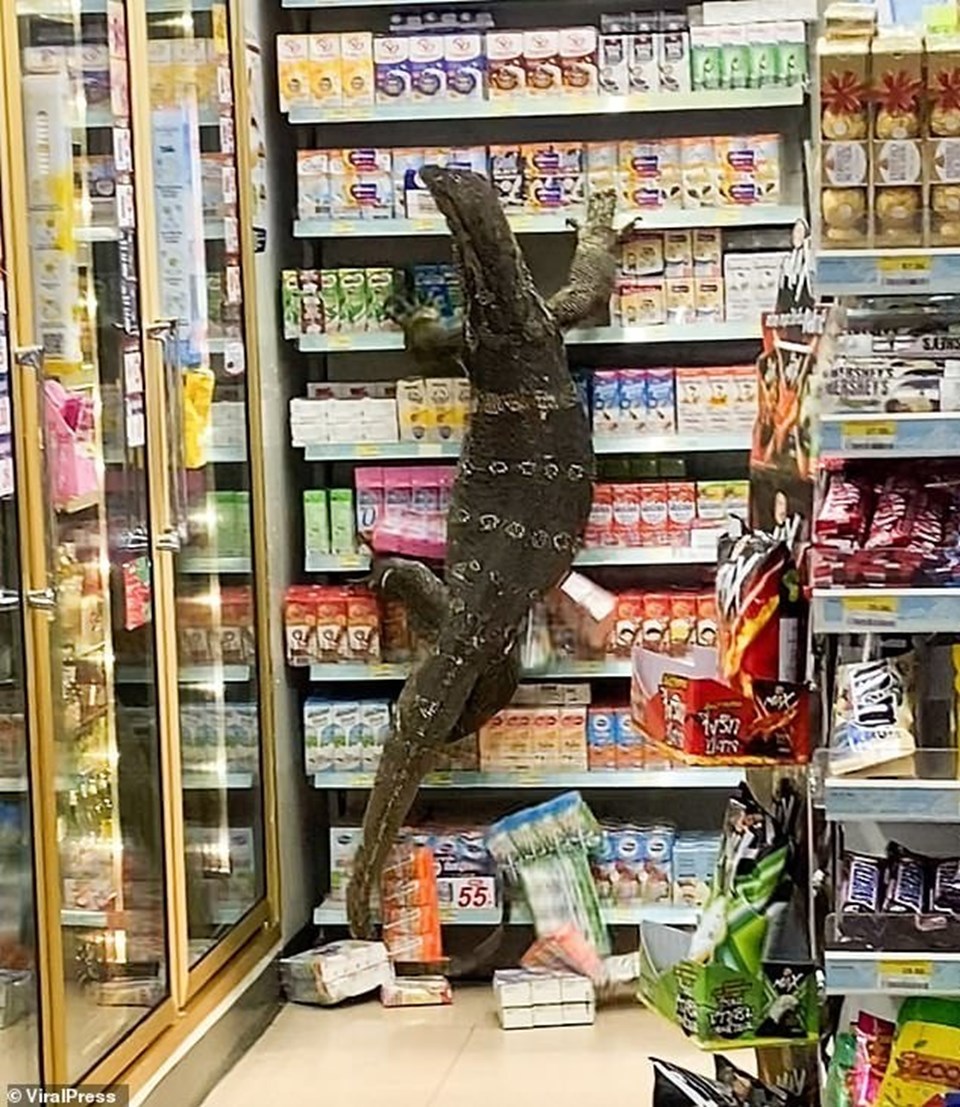 The Monitor lizard, which sometimes carries harmful bacteria and has a slightly poisonous bite that can be aggressive when threatened, is estimated to have entered the market as a result of having difficulty finding food due to very little rains and months of dry weather in the area.

Usually living in canals and ponds in major cities in Thailand, Asian water Monitor lizards feed on food scraps left by humans as well as fish, snakes and frogs.