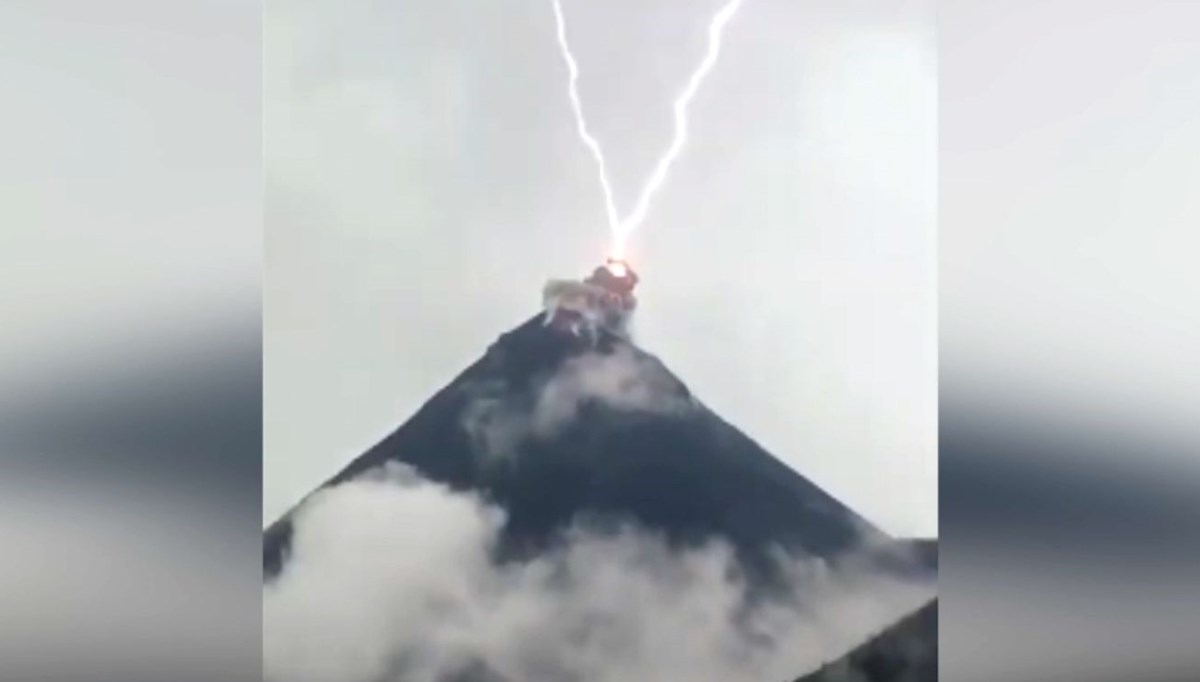 The activity that started in March in the active volcano Acatenango in Guetemala continues. The image of the volcano, which was recorded at the first moments when it started erupting lava and ash, enabled us to witness a natural phenomenon. In the first place, when the ash cloud rose to the sky and encountered electrically charged clouds, a giant lightning explosion occurred.