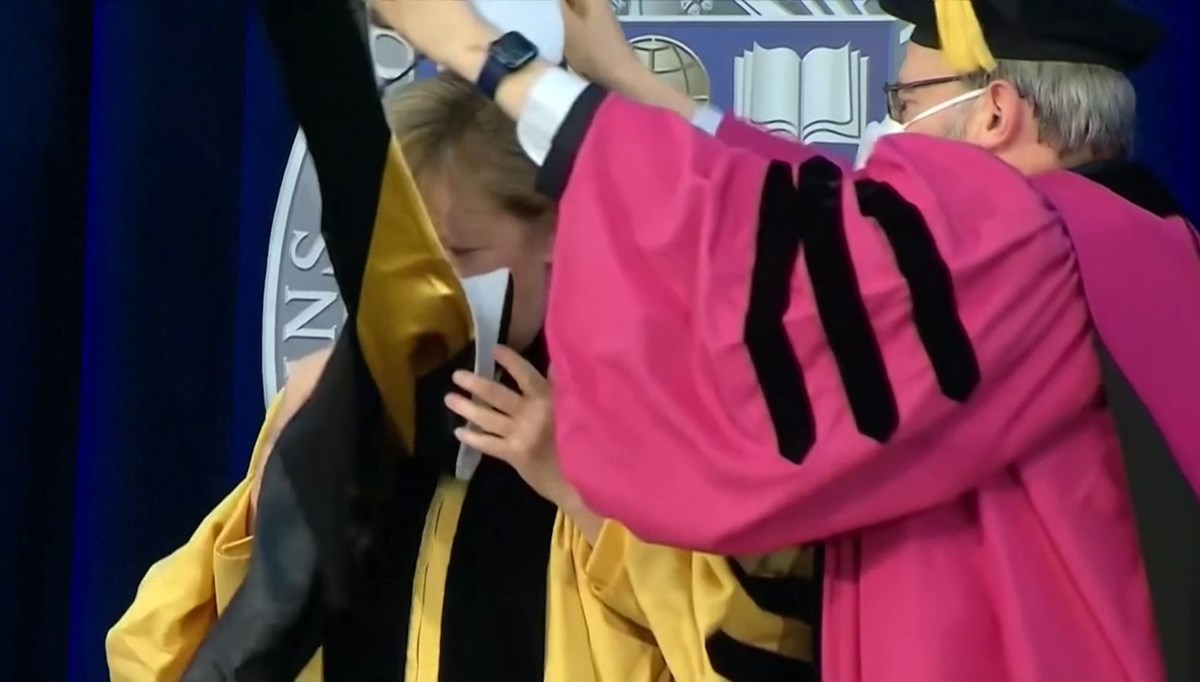 German Chancellor Angela Merkel had a hard time at the ceremony where she received an honorary doctorate from John Hopkins University. Wearing a doctor’s robe, Merkel struggled for a long time to put on the neck brace. When he finally succeeded in putting it on with the help of the academician, he was applauded by the audience.