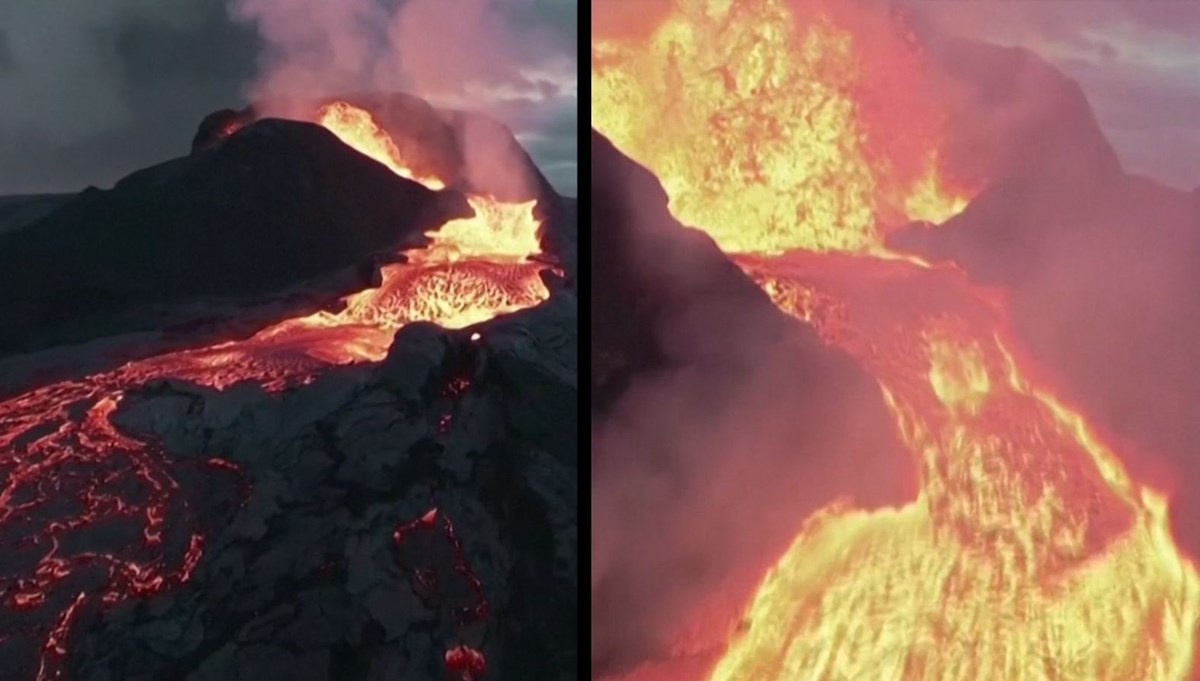 Fagradals volcano in Iceland, which has been dormant for 6,000 years, has been spewing lava since March. YouTuber Joey Helm recorded footage of the lava with a drone. The drone came so close to the volcano that it was inevitable that it would fall into the lava. Although Helm said it was very difficult to use the drone because of the falling hot stones, he described the shooting as a “unique experience”.