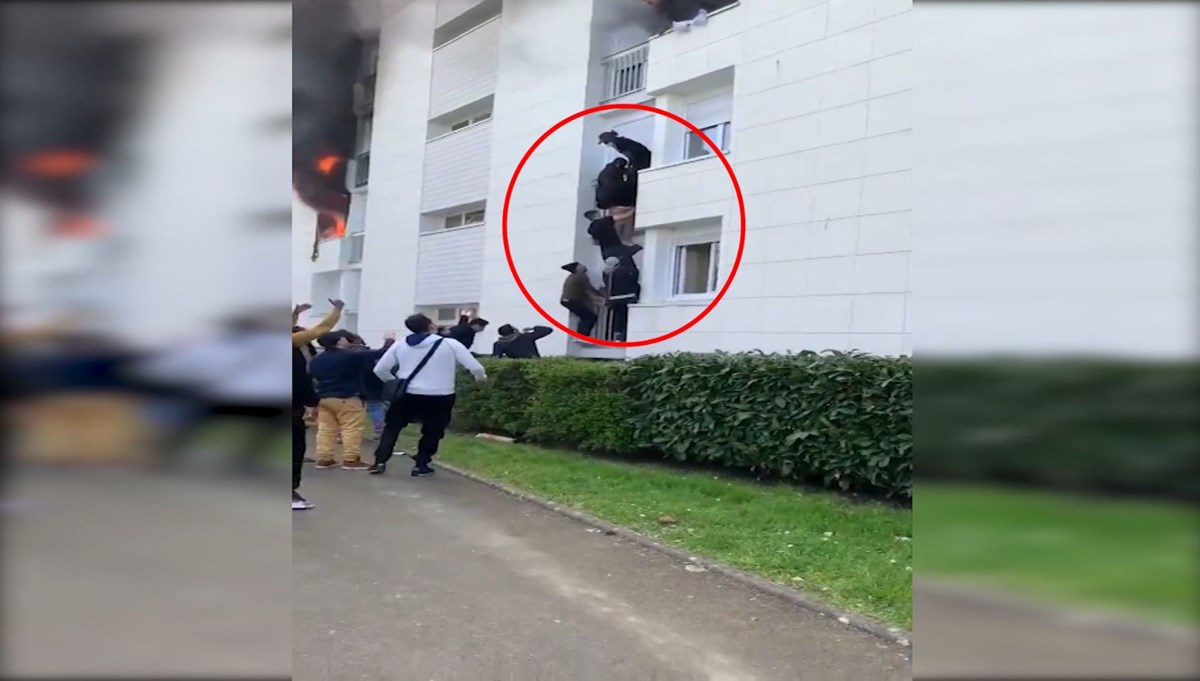 A family trapped in a fire in an apartment in Nantes, France, was rescued by a human chain. The residents of the neighborhood rushed to the aid of the young couple who were stranded on the third floor with their 6-month-old baby. The youth, who formed a human chain by climbing outside the apartment, carried their family members down one by one. A petition was initiated to give a badge of honor to young people who saved the family and were mostly immigrants. The petition of the ‘Honor and Recognition for the Heroes of La Bottiere’ campaign, which has been ongoing since the day of the event, will be submitted to the President of France, Macron.