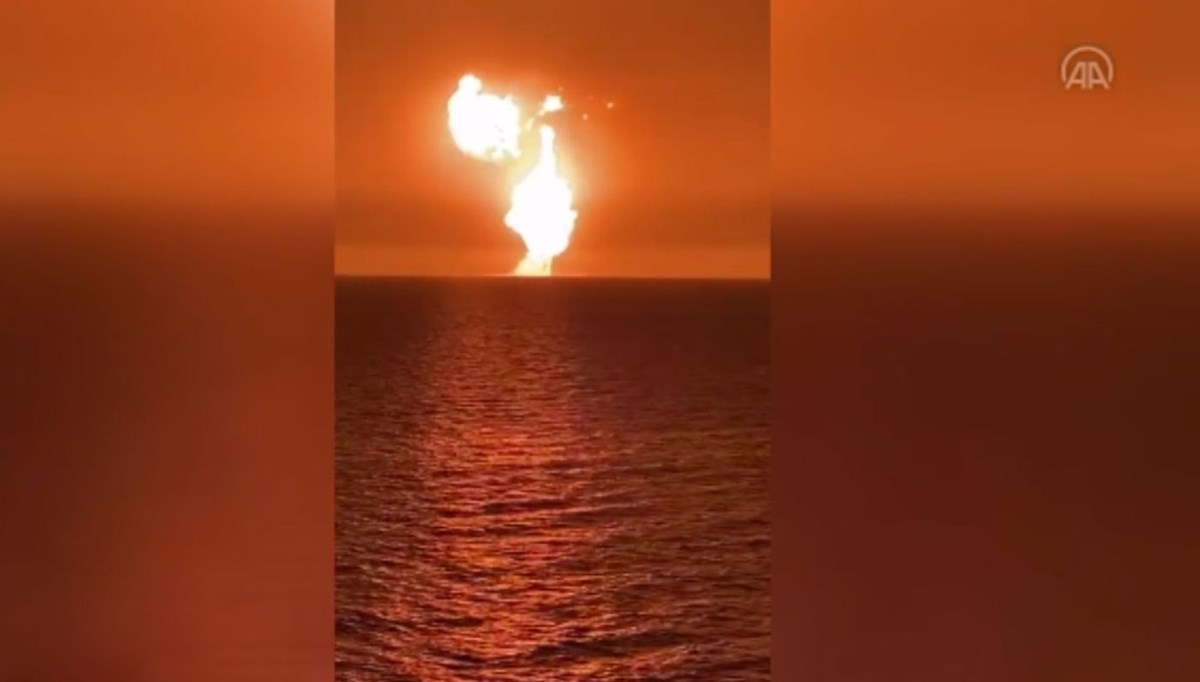 An explosion occurred in the Caspian Sea near the coast of Azerbaijan’s capital, Baku. Images of the explosion, which can be seen with the naked eye from Baku, were shared on social networking sites. Flames rising for meters illuminated the darkness of the night. No official statement was made about the cause and location of the explosion. Azerbaijan State Oil Company (SOCAR) Spokesperson Ibrahim Ahmedov stated that there was no explosion at any platform or industrial unit affiliated with the company. It was learned from the authorities in the energy sector that the explosion occurred in a tanker in the Ümit Gas Basin.