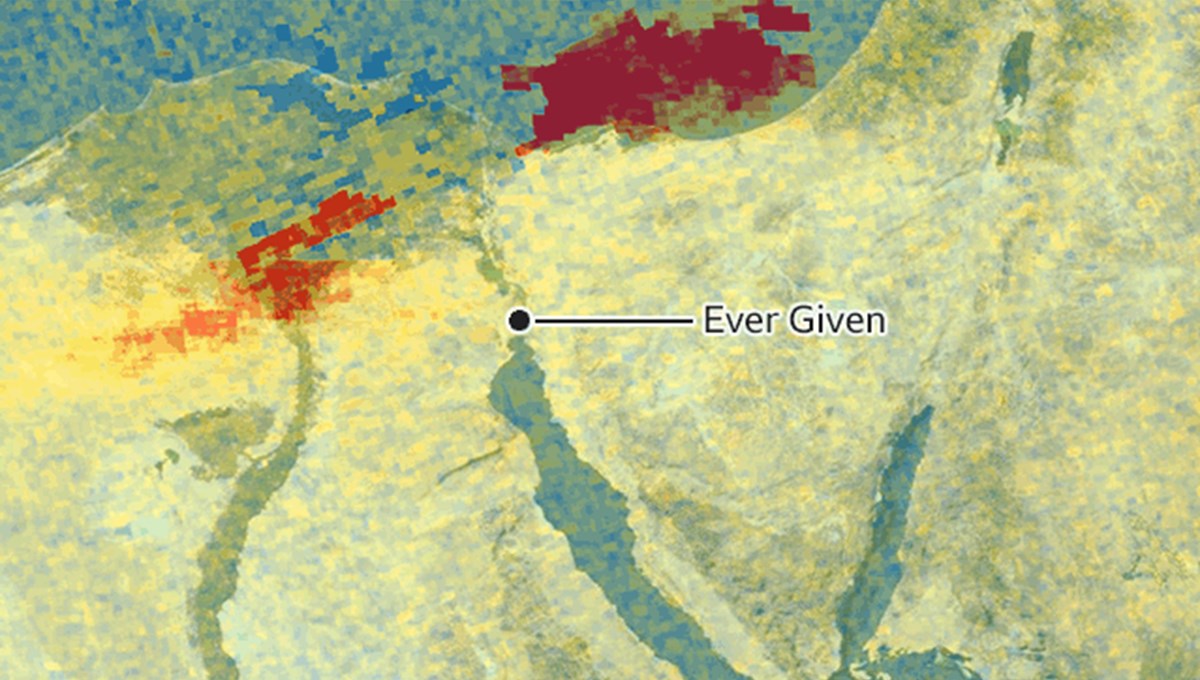 Last month, the container ship Ever Given, which blocked the Suez Canal, which connects the Mediterranean to the Red Sea for 6 days, caused billions of dollars in damage to global trade. However, the impact of the giant ship on the world did not stop there. Due to the congestion created by the ship, an environmental pollution that can be seen from space occurred. The rate of sulfur dioxide (SO2) in the air, which threatens human health and marine life, has increased to five times the normal levels on the Mediterranean side of the canal.