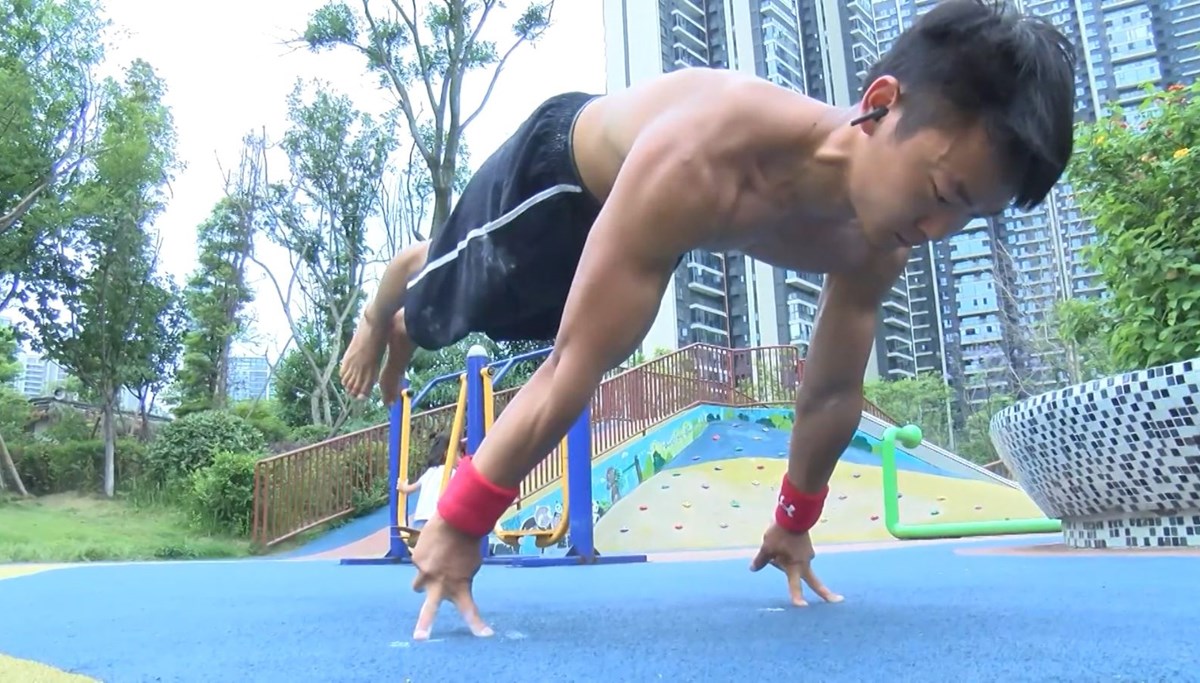 An amateur athlete living in China has reached more than 600 thousand followers on social media with his movements that push the limits of the human body. The Chinese teenager, who lifts his whole body using only four fingers, even does push-ups in this state. Explaining that they work together with their followers on some movements, the young athlete said, “My followers greatly admire what I do. It is more satisfying to be able to perform challenging movements rather than bodybuilding,” he says.