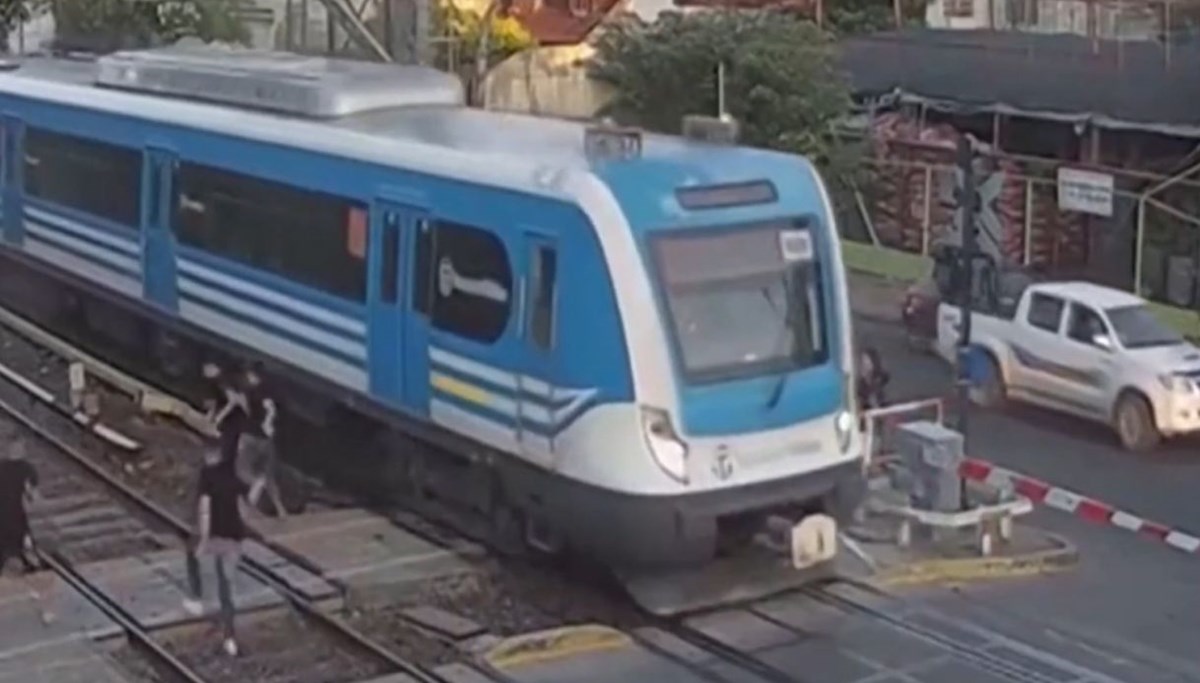 A fight broke out between the two groups on the train tracks in the town of Ramos Mejia, in Buenos Aires, the capital of Argentina. The fight of the young people had a hard time on the passenger trains. One of the trains that noticed the fight stopped, the train coming from the opposite direction slowed down. The reason that made young people fight despite the danger of being crushed is unknown.