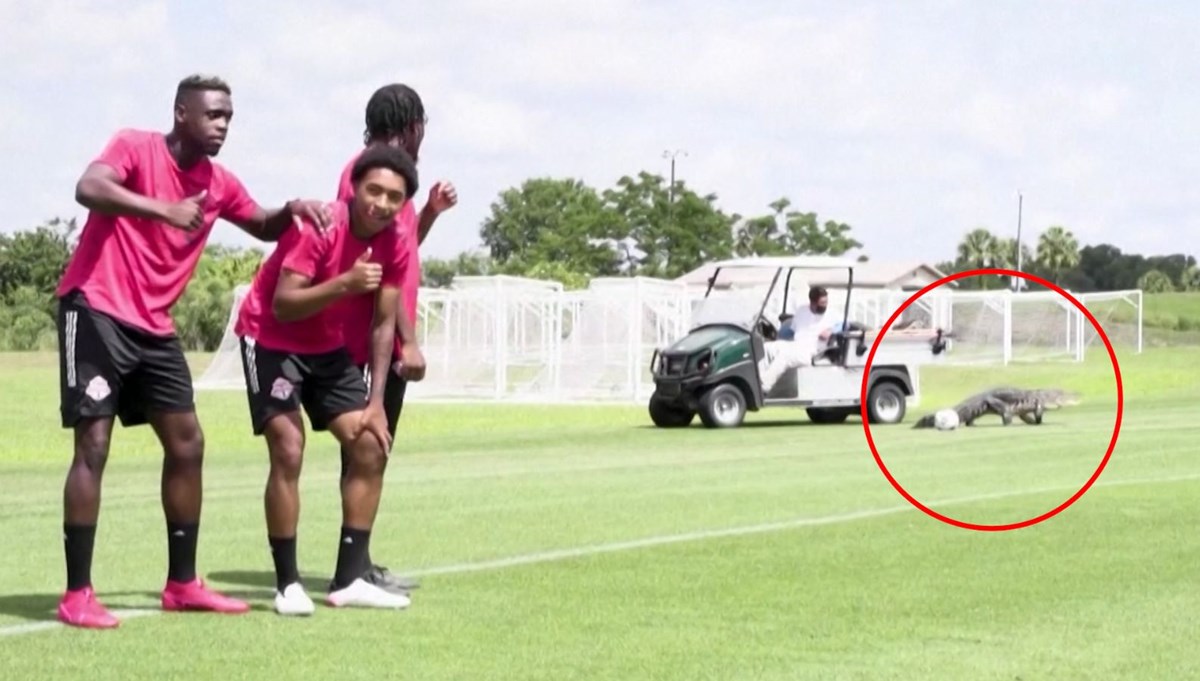 Toronto Football Club players, who went to the city of Orlando, Florida for a professional football league match in the USA, encountered a giant crocodile on the training ground. While the football players were frightened as to what to do, an officer tried to kidnap the crocodile by pulling it by the tail. The actors did not neglect to take a selfie with the crocodile after the first moment’s astonishment. Toronto lost 3-1 the next day against Mexico’s Cruz Azul team. Fortunately, fans attributed the defeat to “crocodile scare.”