With the gradual lifting of Covid-19 restrictions in the UK, there has been an increase in the number of cases and deaths in the last few weeks. The spread of the variant, which originated in India, in the UK prompted the government to reconsider plans to lift restrictions. British Prime Minister Boris Johnson said in a statement on 21 June regarding the “transition to normalization” goal that “the UK would wait if necessary to lift all restrictions”. Johnson stated that the latest data were “uncertain” and warned that the 4th step in the government’s roadmap to lift restrictions could not be passed on the expected date.

The restrictions, which started to be lifted gradually with the reopening of some schools in England on 8 March, were planned to be completely lifted on 21 June. With the second and third step towards lifting restrictions so far, many businesses such as shops, restaurants, hairdressers, cinemas and entertainment centers have reopened, while major festivals and nightclubs were scheduled to open on June 21. 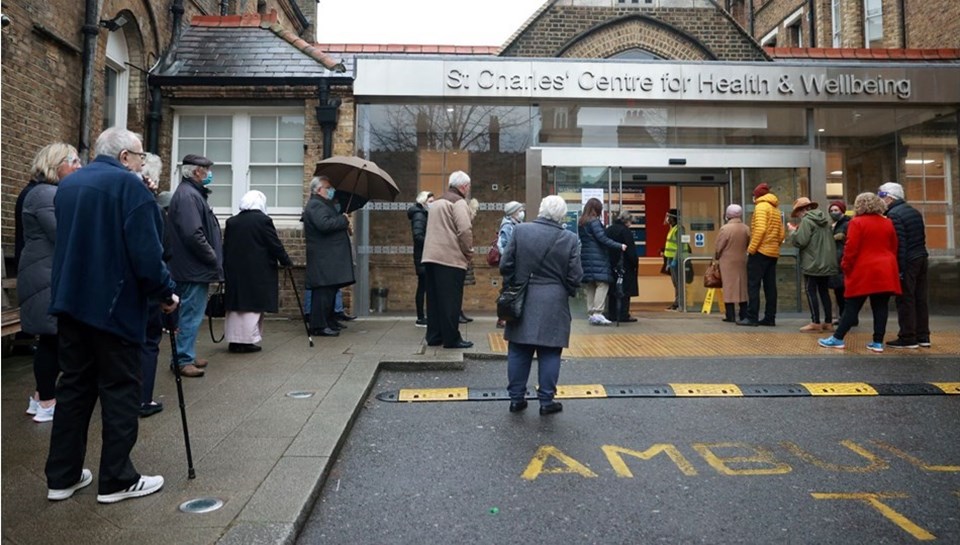 GOVERNMENT CALL NOT TO TRAVEL

The UK government recommends that people do not travel abroad by restricting international travel as much as possible in order to prevent the entry of Covid-19 variants that appear in other countries. British Prime Minister Boris Johnson warned against traveling to countries on the yellow and red list, which sets the government’s international travel rules within the scope of Covid-19 restrictions. Johnson also said that countries on the yellow list that do not have hotel quarantines should not go on vacation. “We must be vigilant and continue to put countries on the red list and yellow list when necessary,” Johnson said.

Public Health England (PHE) said that the variant that originated in India is a dominant species in England, and that the north-west regions of the country are more affected by the variant. According to laboratory analysis, the variant detected so far has increased to 12,431 across the UK. Cities where the variant is most common include Bolton, Bedford, Blackburn and Glasgow.

Some scientists think the new variant, which first appeared in India, is more contagious than previous variants.