In the Surfside region of Miami, Florida, USA, the number of bodies found during the ongoing search in the debris of a 13-storey building that collapsed at midnight on June 24 increased to 90. 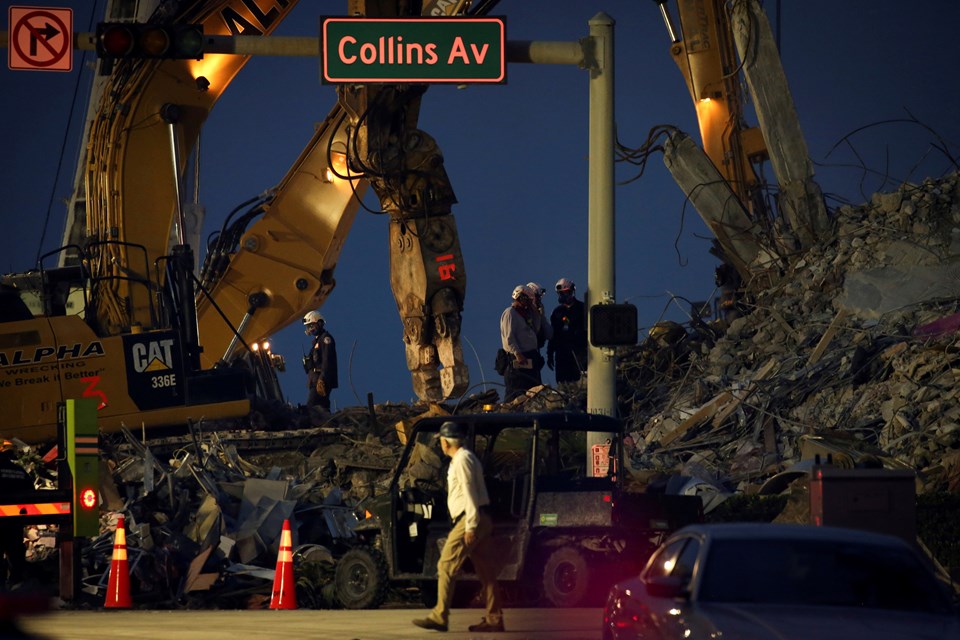 Miami-Dade Mayor Daniella Levine Cava stated at a press conference that 90 bodies were recovered from the rubble of the building, and 31 people estimated to be in the wreckage could not be reached yet.

Cava also shared the information that 71 of the 90 people in question had been identified.

On the 14th day of the search and rescue efforts, the authorities announced that the possibility of finding live people from the wreckage was no longer, and the works would continue to find the bodies and remove the wreckage.

On June 24, half of the luxury condo building called “Champlain Towers”, which consists of 13 floors and 270 apartments, suddenly collapsed on the Surfside campus, north of Miami Beach, with a population of approximately 5,600.

On the grounds that the building in question was not safe, the remaining southern part was demolished on July 4 at 22:30 local time.