President of the 75th General Assembly of the United Nations (UN) Volkan Bozkır met with the US Secretary of State Antony Blinken via video conference.
In the live broadcast part of the meeting open to the press, Bozkır reminded that the USA is an important partner of the UN.

Stating that the new administration’s re-engagement with international institutions and its commitment to partnerships and alliances is pleasing, Bozkır stated that they look forward to the close cooperation between the United States and the UN. 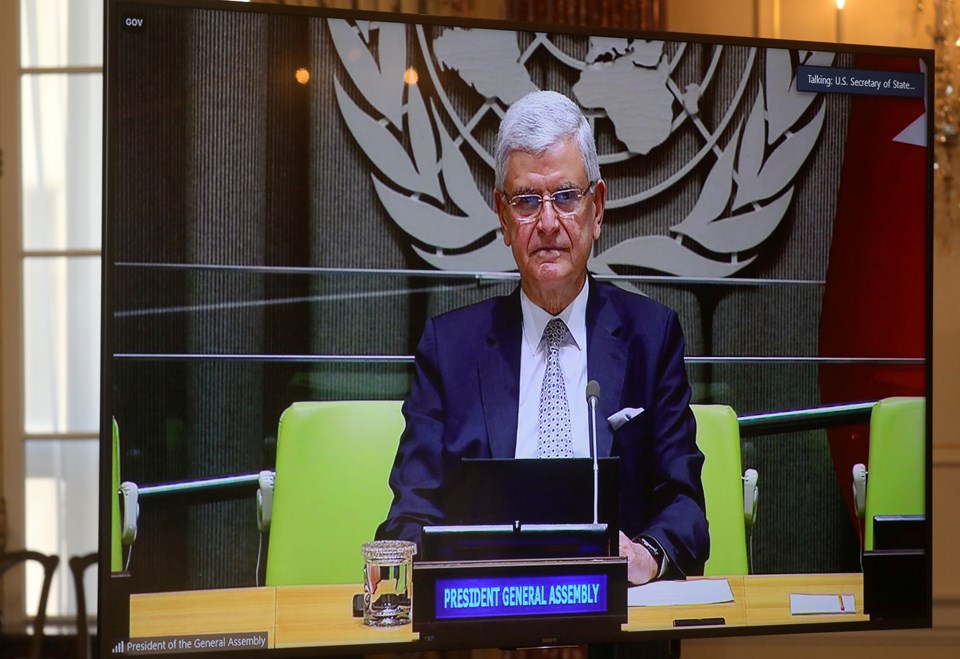 Bozkır stated that they will discuss issues such as the pandemic and the equal and fair distribution of the vaccine, the coup in Myanmar, the Syrian crisis and the Israeli-Palestinian problem.

US Secretary of State Antony Blinken also noted that no single country can solve these problems alone, saying that the United States is looking for new and better ways to cooperate and that the UN system is one of the best tools for this.

Underlining that multilateral cooperation is especially important right now, Bilinken noted that the United States will do its part to be more effective in solving the problems and cooperation of regional and international organizations.