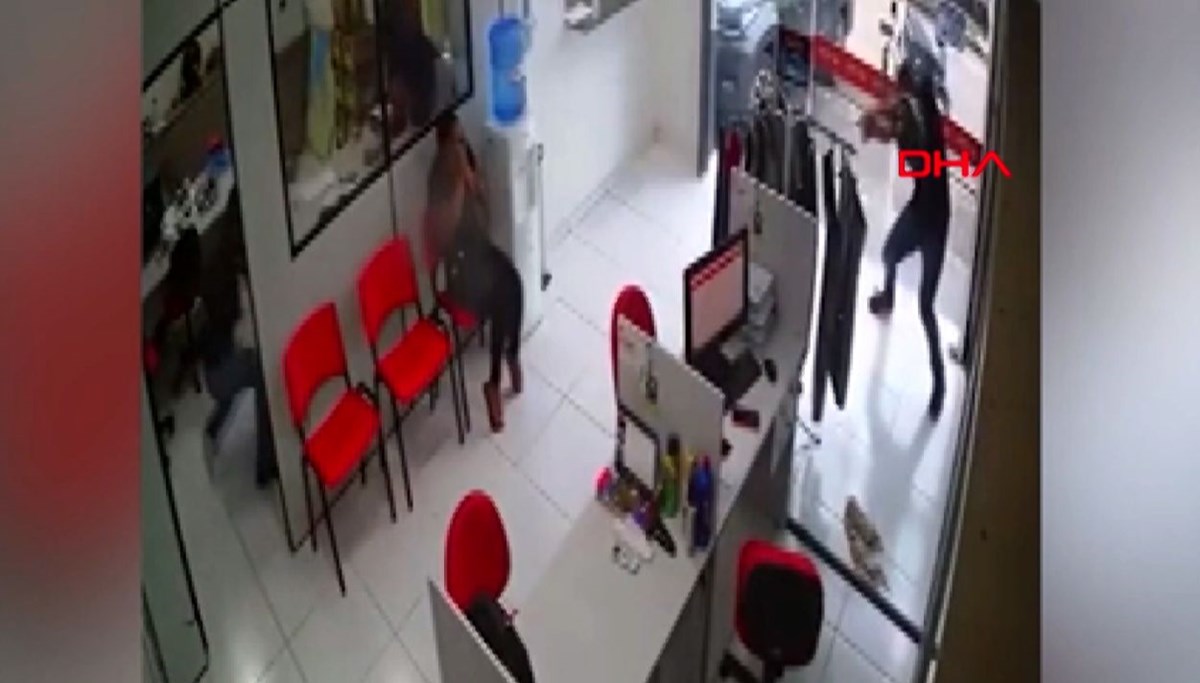 There was a clash between the armed suspect and the customer who came to rob a store in Brazil. The woman, who was caught in the middle of the bullets, could not get up from the chair she was sitting for a certain period of time due to the shock of the customer. Brazilian media reported that there were no casualties or injuries in the conflict; announced that the suspect was detained by the police.