Screenoplan, a colossal war machine that resembled both an airplane and a ship, which was developed during the Soviet Union in 1965 and tested in the Caspian Sea between 1966 and 1980, crashed during tests. The aim of the plane, which means “collapsible model” in Russian, ie “prototype ship”, was to carry cargo especially in the Black Sea and to neutralize enemy ships.

While the speed of the vehicle that crashes due to pilotage error reaches 500 kilometers per hour, it has 10 engines. With a length of 92 meters and a wingspan of 38 meters, the vehicle is also capable of flying 4 meters above the water. It was able to see targets directly and hit enemy elements with “P-270 Moskit” type guided missiles. 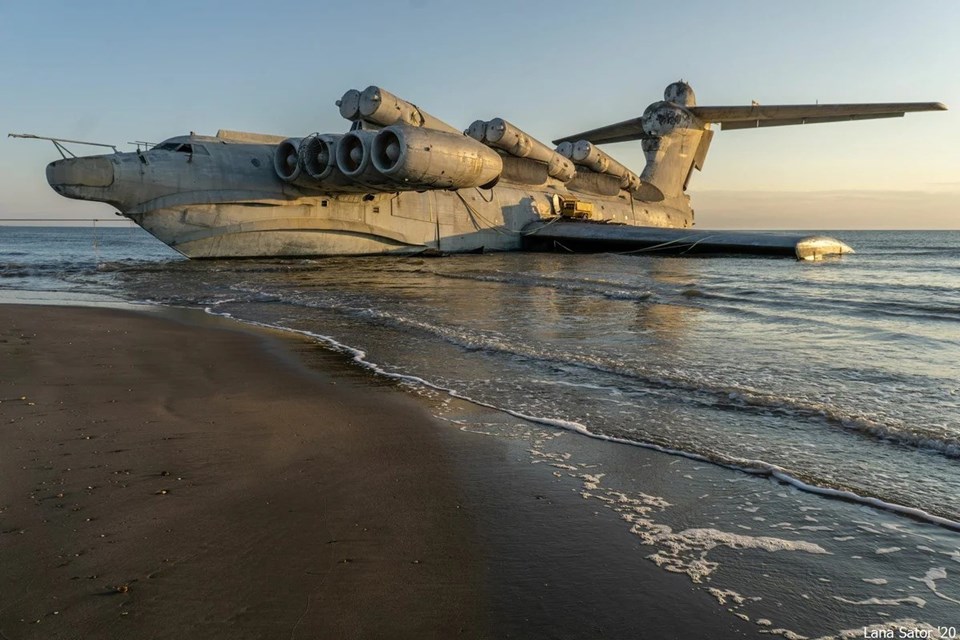 Russia’s Ministry of Defense stepped in for Ekranoplan, which has been idle since the Soviet Union era.

Still unidentified as to whether it was a watercraft or an aircraft, this gigantic warcraft was pulled from the Caspian Sea along a 100-kilometer line to the shore in July last year. At the end of last February, the sea element was moved to the weapon museum named “Patriot Park” belonging to the Russian Defense Ministry in Moscow. It was announced that the Caspian Sea Monster weighing 300 tons, which is now in Moscow, will be established in this museum and will be opened to visitors later.