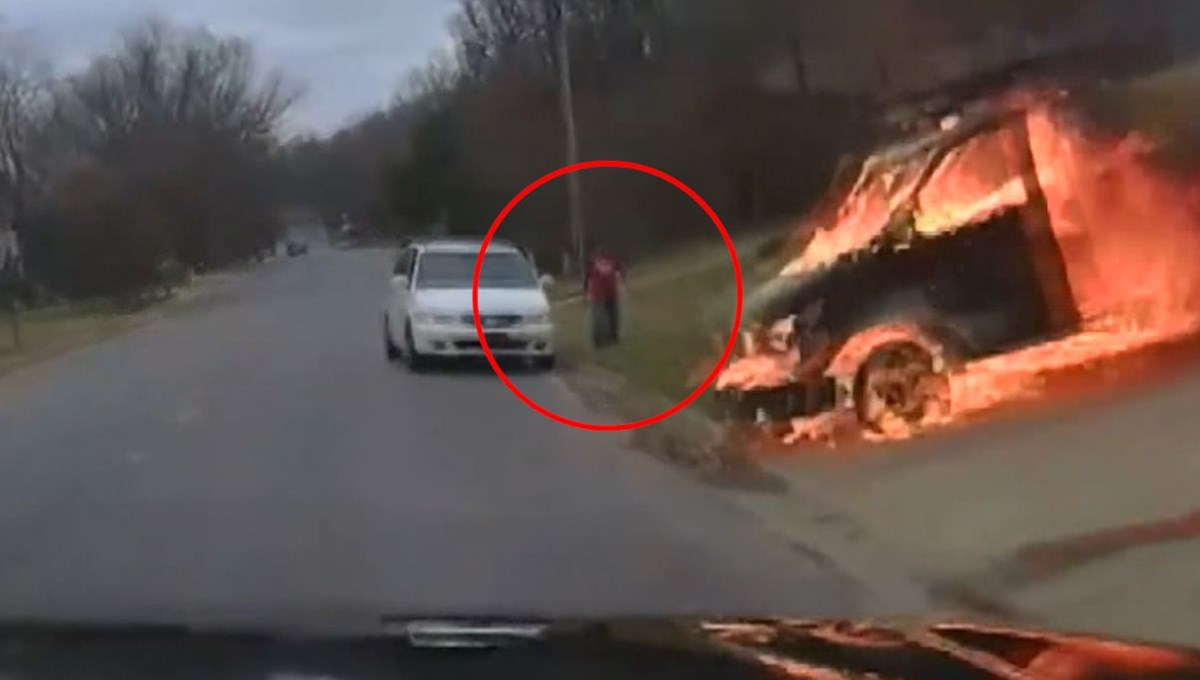 While parked in the US state of Arkansas, the pickup truck, which caught fire, moved spontaneously, speeded downhill and crossed the main road. When the owner saw his car, which he parked in front of the house, in flames, he informed the fire department. However, the van moved on its own before the fire brigade arrived. At that time, a man on the road was surprised what to do when he saw that he was coming over the flaming vehicle. The van, which stopped by hitting the mound, was extinguished by the intervention of the fire department.