Minister of Foreign Affairs Mevlut Cavusoglumet with Kazakhstan Foreign Minister Mukhtar Tileuberdi, who is in Ankara for an official visit, at the Presidential Complex.

THE EMPOWER OF FAIR SHARING IN THE EAST MEDITERRANEAN

Çavuşoğlu said, “Meetings will continue in the upcoming period. We will host the next meeting. Consultative meetings were held yesterday, political consultations are held today. We have been calling it ‘fair sharing in the Eastern Mediterranean” from the very beginning, “he said. 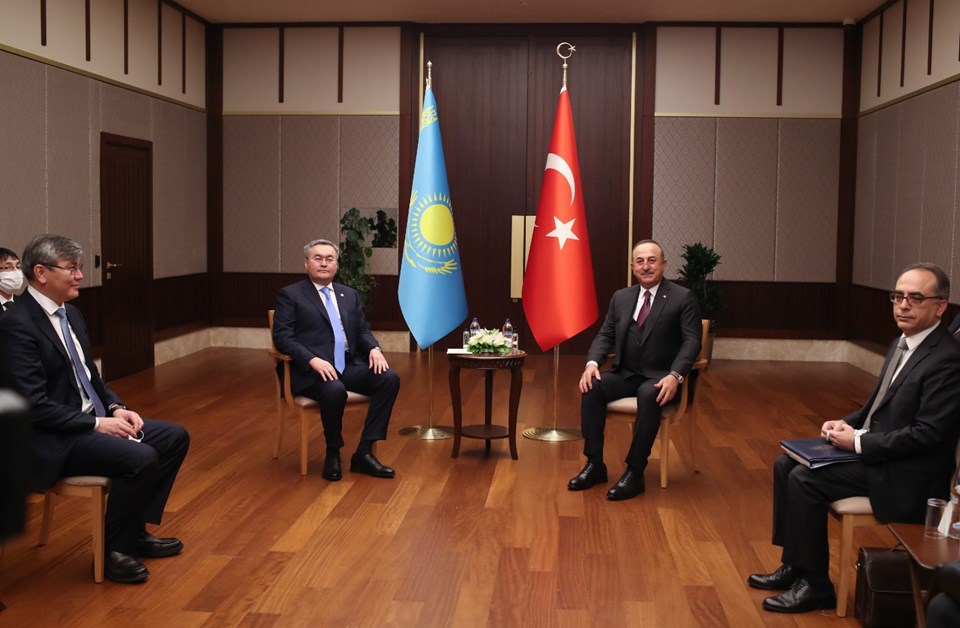 62nd of consultative talks between Turkey and Greece was held in Athens, the Greek capital yesterday.

The previous round of talks was held in Istanbul on 25 January. Advisory expression was used for the interviews that used exploratory qualification before.

Greece these talks with Turkey, aiming to solve the problems of the Aegean and the Mediterranean.

The two countries started talks in Ankara on March 12, 2002, in order to lay the groundwork for a “fair, permanent and comprehensive” solution to the Aegean problems, acceptable to both sides.

Discussions between the undersecretaries of the foreign ministers continued until 2016. A new round could not be organized due to the political conjuncture and rather the reluctant attitude of the Greek side.