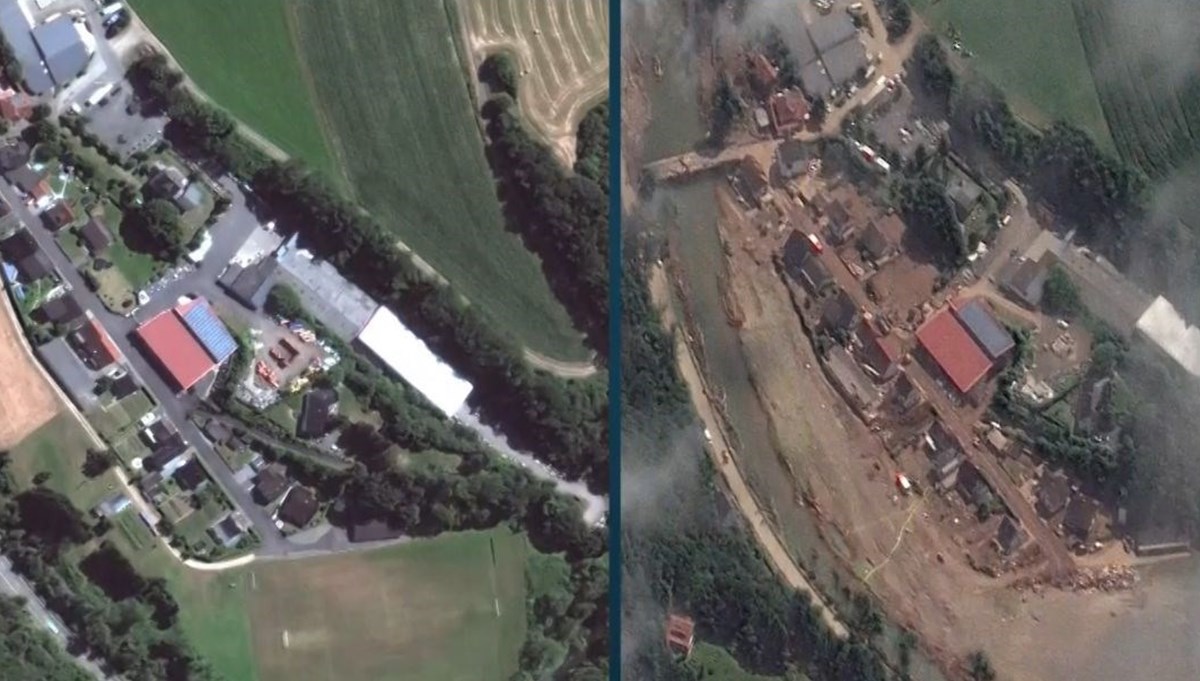 The destruction caused by the worst flood disaster in 50 years in Germany was also viewed from the satellite. Photographs of the village of Schuld in the Ahrweiler region reveal once again the dimensions of the disaster when compared to before. 112 people lost their lives in the region, which German Chancellor Angela Merkel also visited. Many missing are still wanted.