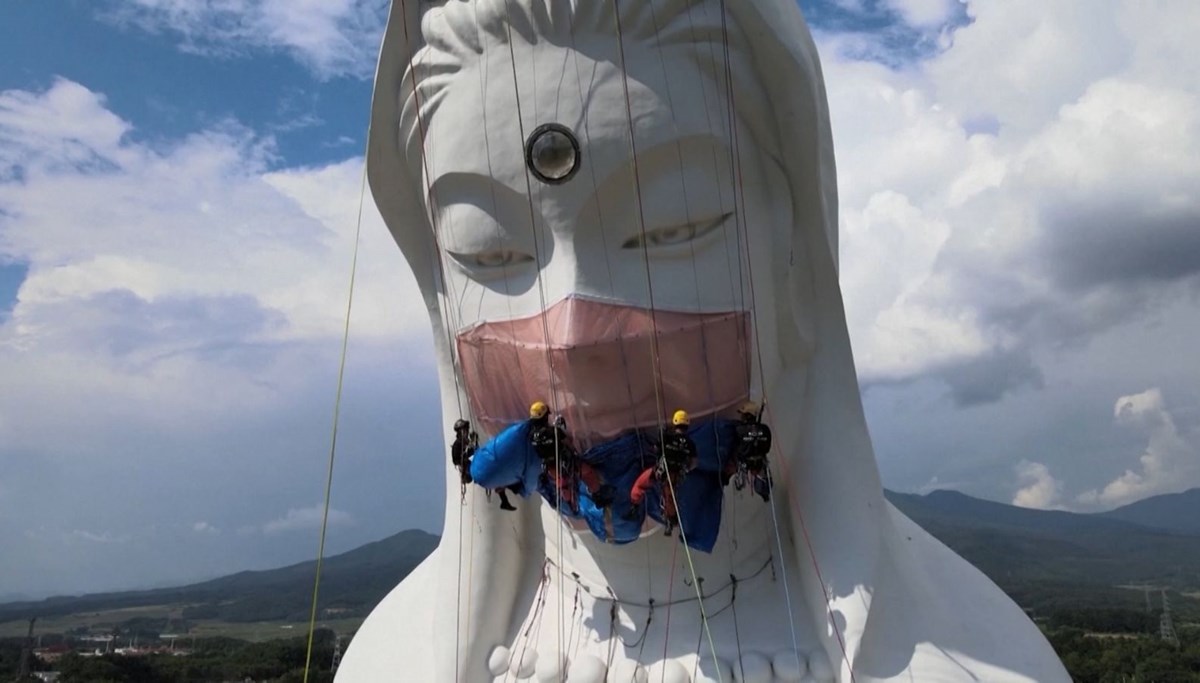 A giant mask was attached to the Buddhist Goddess Statue in a temple as a symbol of hope for an end to the epidemic in Japan. Four workers were able to put the 35-kg mask on the 57-meter-long statue in 3 hours. The mask is planned to remain on the statue until the epidemic is brought under control in Japan.