May 15 is celebrated as “World Climate Day” in order to draw attention to the climate problems caused by the warming world, oceans and melting glaciers every year.

According to the information compiled from the studies of the World Meteorological Organization (WMO), international organizations and NGOs that examine the issue of climate, and academicians conducting research in the field of climate, global warming, warming in the oceans and climate change slows down due to the restrictions of the new type of corona virus (Covid-19). continues to threaten life.

The temperature of 2020, which is 1.2 degrees Celsius higher than the years 1850-1900, which is considered to be pre-industrial, was recorded as the second warmest year after 2016 with a small difference.

2020, when national quarantine and restrictions were imposed due to Covid-19, was recorded as the date when global warming and carbon dioxide emission to the atmosphere slowed but did not stop.

Carbon dioxide emissions into the atmosphere decreased by 17 percent compared to the previous year and fell to the 2006 level, especially in April last year, when restrictions were imposed on a global basis.

In June 2020, the values ​​almost reached the 2019 values ​​again. The fact that carbon dioxide is reaching 2019 levels again has strengthened the possibility that the world will warm 1.5 degrees more in the next 5 years than before 1900. 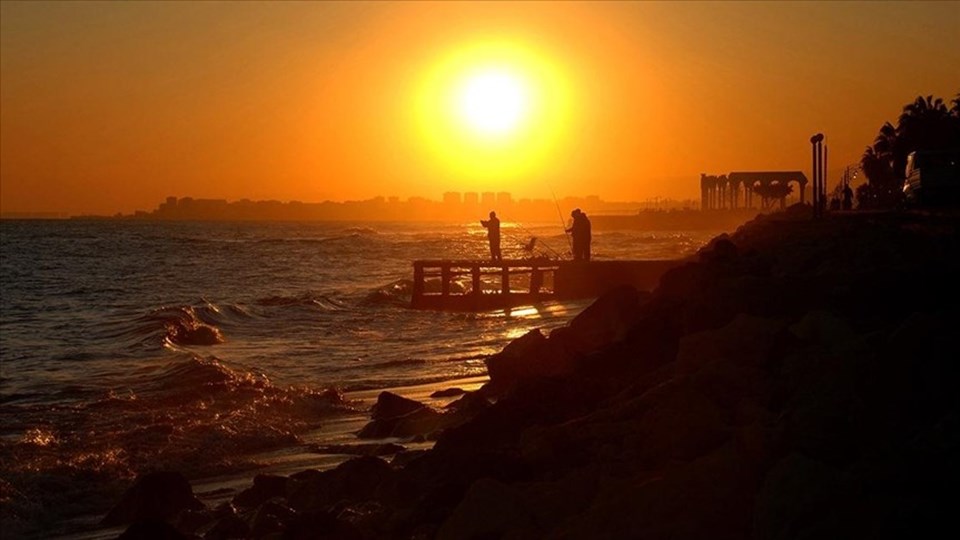 “EVERY 2.5 CENTIMETER OF FLOOD WATER IS RETURNED AS A COST OF 27 THOUSAND DOLLARS TO HOSTERS”

According to the research of Renee Cho from Columbia University’s World Institute, global warming not only means a climate crisis, but also causes changes in many routines in human habits and life.

As a result of global warming and climate change, the weakening of vegetation, uneven increase in precipitation and melting of glaciers have caused floods to increase in recent years.

According to Cho, the increase of floods is not only a deadly disaster but also a huge financial burden. Noting that homes with 40 million inhabitants in the US alone are at risk of flooding, Cho said, “8.6 million Americans live in areas that have previously flooded, hurricane or high seas. The dollar is returning as a cost, “he said.

Cho pointed out that the actions to be taken to protect against floods also create additional costs and said that the increasing heat makes it difficult for many people working outdoors, especially agricultural workers.

Underlining that the number of people hospitalized due to heatstroke has increased in recent years, Cho said, “If global warming continues to increase at the current pace, in 2100, outdoor workers will have to start work 4 to 6 hours before dawn.”

Stating that another effect of the temperature increase will be experienced in the field of energy consumption, Cho said, “The number of power outages increased 10 times between the mid-1980s and 2012.

Stating that there were power outages due to storms, rainfall and extreme heat, Cho said that excessive electricity consumption due to hot and cold weather also caused power outages.

According to Cho’s study, while heat causes the pollen season to last longer, pollen increases allergy and asthma attacks.

Coffee, whose cultivation areas are on the cool slopes of hot countries, is among the agricultural products that are in danger. There is a 50 percent risk of extinction of agricultural land suitable for coffee, which is among the indispensables of today’s city and office life.

OCEANS PRODUCING 80 PERCENT OF THE WORLD’S OXYGEN IN DANGER

Contrary to popular belief, the great amount of oxygen in the world is produced by oceans, not trees. While algae in the oceans produce 70 to 80 percent of the world’s oxygen, global warming also threatens life in the oceans.

The Great Barrier Reef, the size of 70 million football pitches in Australia, and the algae on it, according to research by the US-based environmental organization Environmental Defense Fund (EDF), are largely dead or dying.

The reason for this is shown as the increase in ocean temperatures. With the extinction of algae, the greenhouse gases in the atmosphere cause the acidity of the oceans to increase and threaten the oxygen rate and living life.