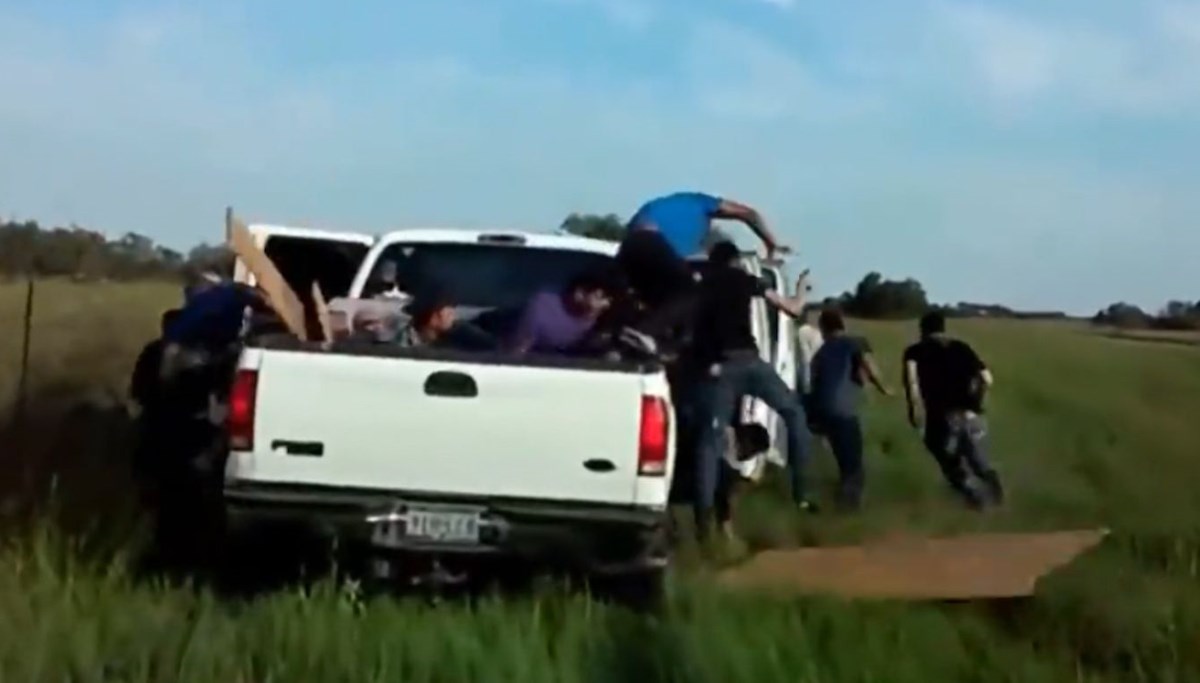 Unexpectedly, at least 20 immigrants emerged from a truck surrounded by police in an area close to the Mexican border in the US. Even the police were surprised by the appearance of immigrants, who were understood to have entered the country illegally. It was understood that the immigrants were hiding in the van, lying on top of each other.